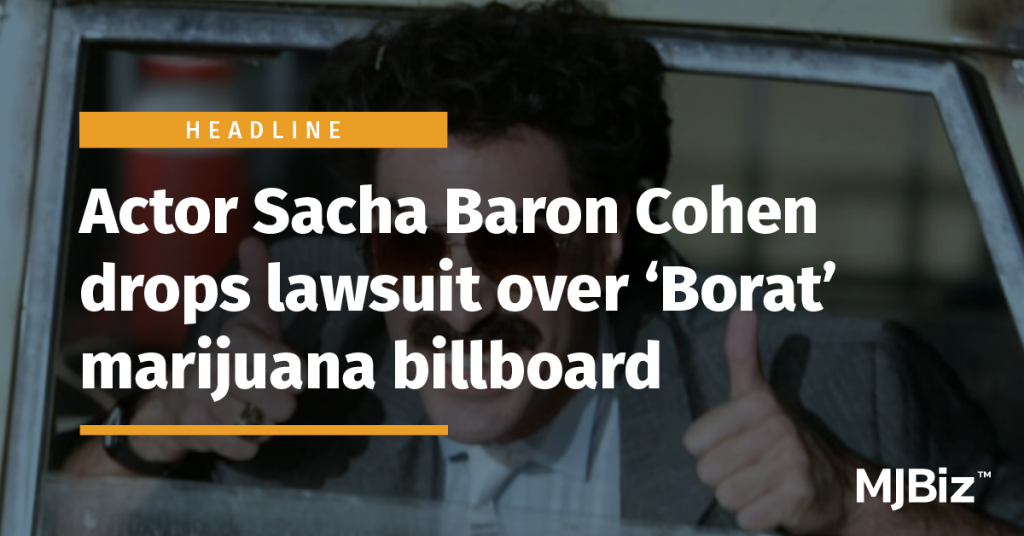 Baron Cohen sued Solar Therapeutics and its CEO over the billboard in July 2021, seeking at least $9 million in damages.

But the original legal complaint argued that Baron Cohen was not compensated for the use of his image and that he did not want to endorse marijuana.

According to a Tuesday court filing in Boston, the Associated Press reported, both