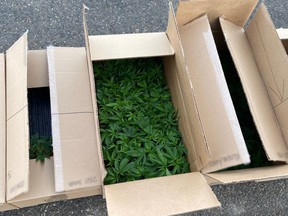 Drivers on New Zealand’s State Highway 3 were in for a surprise this week as they navigated a roundabout in Whanganui.

Two boxes of cannabis, including two mature plants, had been discarded in the middle of the roundabout, reports the New Zealand Herald.

One man, who asked not to be named, told the Herald that he got out of his vehicle to inspect the plants. “I was actually going to go right up to it, but the cops moved in,” he said. “I think someone wasn’t happy about them.”

According to police, the cannabis has since been destroyed. Possession of any amount of cannabis is illegal in New Zealand.

Last year, the island country held a referendum that could have lifted cannabis prohibition, but the measure was narrowly defeated, with 50.7 per cent of voters opposing legalization and 48.4 per cent voting