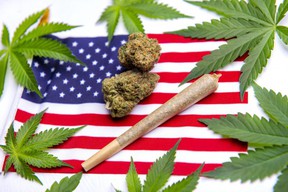 The culture surrounding cannabis is changing quickly. As more and more states legalize the recreational and medical use of the plant, what was once might now be totally different in a person’s state of residence, prompting many some questions. For example, can a person use his or her medical marijuana card in other U.S. states?

Still, it’s a little more complicated than simply grabbing one’s medical cannabis card and buying some weed in these states. Each of the non-resident states has independent rules and regulations, with states such as New Jersey having comparatively lax rules and others, like Arizona, having a more limited set of conditions, requiring patients to have specific conditions to meet the state’s medical marijuana program.

States with recreational marijuana program rulings in place, such as Nevada and California, are easier. Medical marijuana cards are not necessary, since anyone over the