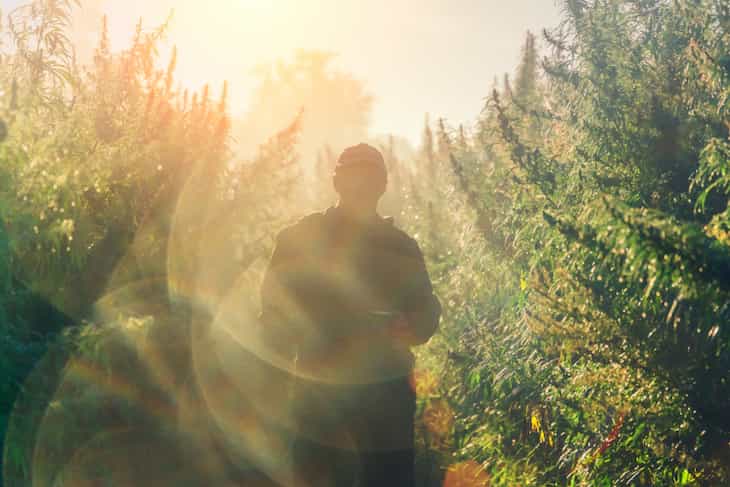 In the latest cannabis news in Morocco, growers are divided over the bill to legalize the substance in the northern African kingdom. Some farmers believe that cannabis legalization in the country will lead to a “wall of fear” among farmers who are already caught between poverty, traffickers, and the law.

Just a week ago, the government approved a law to allow for the growing, exportation, and use of cannabis for medicinal and industrial purposes. The Moroccan parliament is likely to ratify the law, despite dividing the governing coalition’s biggest party.

The new law aims to improve the condition for growers’ scores in the often-restive Rif region where cannabis has been cultivated for decades. It will also tap into the rapidly growing global market for legal cannabis.

However, divided opinions are emerging among Rif farmers, with some farmers fearing that the law will not address a years-long drop in their income or help them escape arrest warrants. Some farmers also want the law to permit adult-use marijuana and its processing into “hashish,” which is more profitable.

On the other hand, some farmers want cannabis cultivation or development for medicinal and industrial purposes restricted to their region alone.

“We are fed up with fear and secrecy. We want a decent life,” said Mourabit from Ketama village, one of the Rif region farmers.

Almost a million people live in northern Morocco, where cannabis growing is the main economic activity. Cannabis has been publicly grown and smoked in the Rif region for generations alongside tobacco. Farmers there confess, “Cannabis is all that grows here.”

According to the United Nations drugs agency, nearly 47,000 hectares of the Rif are devoted to cannabis growing, about one-third the amount in 2003 after government crackdowns. The agency admits Morocco is one of the world’s top illegal cannabis exporters.

In recent years, cannabis prices in the Rif region have dipped as more potent, and high-yield strains emerged. Ten years ago, a farmer could sell one kilogram of hashish for 15,000 dirhams ($1,670). However, today a kilogram of hashish goes for only 2,500 dirhams, according to the locals.

The farmers now fear that hashish production might not be legalized in their trade, with legalization in the offing. This could hit their income even harder. A ton of unprocessed cannabis goes for $700 for industrial use. The exact amount can produce 12kg of hashish, which fetches $3,340.