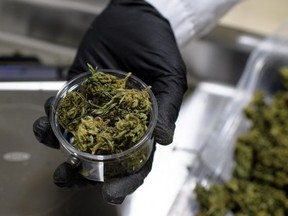 A new report is offering insight into the impact cannabis legalization has had on the state of Colorado.

Adult consumption of the drug is on an upswing since legalization came into force, according to the report. Nineteen per cent of adults reported that they consumed cannabis in the past 30 days in 2019, versus just over 13 per cent in 2013. Consumption among Baby Boomers, in particular, has tripled since 2014.

Conversely, youth consumption rates have remained steady, with an increase of less than once per cent between 2013 and 2019. Just under 22 per cent of high schoolers, specifically, reported consuming cannabis in the past 30 days.

State cannabis tax revenues have also, predictably, enjoyed a massive upswing since 2014. When combined, the total revenue from licenses, taxes, and related fees exploded from $67 million in 2014 to $387 million in 2020. Similarly,