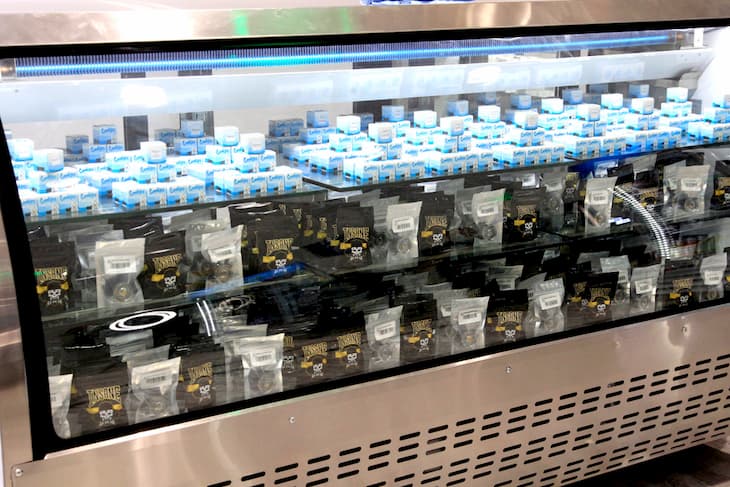 Employees at the Stoney Creek-based Tokyo Smoke Rymal cannabis retail store have agreed to unionize. The staff made the final vote for the company to join UFCW Local 1006A on Friday.

According to the workers, health and safety, staffing, benefits, and having a voice and representation at work are issues that informed their decision. Kathleen Quinn is one of the eleven employees at the store. Regarding this development, she said:

“Not only are we able to represent what we want to see in the industry moving forward, but we’re able to have some accountability and consistency.”

The vote now awaits ratification, but the union says support for joining the Local 1006A was tremendous.

“Solidarity was the key to our members’ victory at Tokyo Smoke. Increasingly, cannabis workers are turning to UFCW Canada to ensure their voices are heard and their interests and rights are protected in the highly profitable cannabis

The second cannabis store in Hamilton to unionize

Tokyo Smoke Rymal now becomes the second cannabis store in Hamilton to join the union after Canna Cabana did the same with UFCW 175 in 2020. The employees ratified their membership agreement on March 5. The agreement’s main issues included the signing of bonuses, more paid sick days, increase to hourly pay, changes to overtime pay, and scheduling.

Following the legalization and sale of cannabis in Canada, many stores are coming up quickly. Quinn pointed out that some of the stores are not up to provincial standards. She reiterated that unionization would help the cannabis industry not devolve into low wages and stuff you see in retail sectors. Mainly because people do have a lot of specialized knowledge, and customers would see the changes first-hand.

They’re going to see happy workers; you’re not going to see as much turnover…. we really love our clients, and I think they like seeing consistent faces, and we want to make sure we’re keeping our best talent, Quinn added.