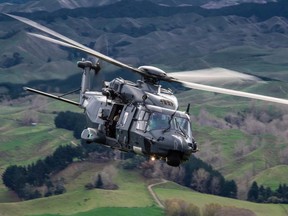 A member of the New Zealand military is under investigation after his not-so-subtle actions to conceal his stash of bud on-base were literally foiled.

The unnamed soldier, who was residing in Royal New Zealand Air Force (RNZAF) barracks at Base Ōhakea, tipped off authorities on his own by covering his windows in tinfoil, an unusual act that piqued suspicion about the airman’s activities.

A search of the man’s room, carried out by Military Police, revealed an unspecified amount of cannabis, according to Stuff.

The airman was quickly placed under open arrest and an investigation into his on-base activities was launched, a New Zealand Defence Force spokesperson reportedly confirmed. “Any behaviour that is contrary to the core values of the [New Zealand Defence Force, NZDF] is not tolerated and any allegations of offending within the [Royal New Zealand Air Force] are taken seriously and will be