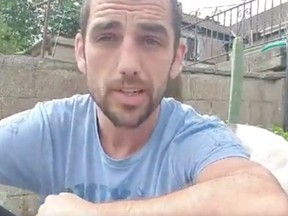 “It’s important that we’re down here doing this, highlighting the suffering caused by the prohibition of cannabis,” Condon, a self-proclaimed “avid gardener” with a degree in Herbal Sciences, said in a post to his Facebook page.

“Alicia Maher is a Cork girl who had to leave home because of lack of access to cannabis here. She’s living over in Alicante in exile, a medical cannabis refugee. The big challenge ahead of us is getting Alicia Maher home,” he suggested.

Condon is no stranger to pot-related protests or guerilla gardening, arguing that the latter is a “peaceful way of protesting against the prohibition of cannabis and the impact it has on people who need it to improve their quality of life,” per