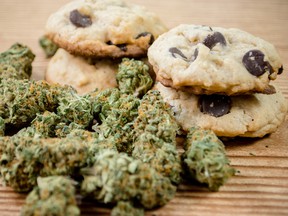 A couple who allegedly made and sold cannabis-infused baked goods in Malaysia could face the death penalty after being busted by police.

In total, police seized 156 jars of cookies believed to contain cannabis, 94 cakes, 7.8 kilograms of cannabis and 31 litres of “liquid cannabis.”

Ovens and other materials used for baking were also seized, as well as cash and a BMW X3.

The couple was allegedly selling the items over Instagram. They have been remanded as the investigation continues and are accused of trafficking.

In 2019, the arrest of a man who sold cannabis to cancer patients for medical purposes led to a public outcry and a petition signed by tens of thousands of people calling for his death sentence to be overturned.

Muhammad Lukman Mohamad, a 30-year-old father and engineer, was sentenced to death after being found in possession of