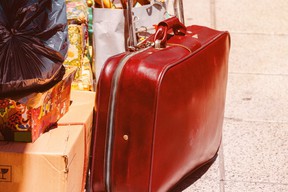 A U.S. man is facing felony drug charges after he attempted to move 51 pounds (23 kilograms) of cannabis through the Nashville International Airport, reports Fox 17.

Tennessee also continues to send people to jail for simple possession. Possession of a half-ounce or less is punishable by nearly a year of incarceration, according to MPP.

Despite the harsh state laws, support for ending cannabis prohibition is strong in Tennessee. According to a 2019 poll, about 88 per cent of respondents support legalizing cannabis in some form across the state.

A number of the states that border Tennessee have reformed their cannabis laws in recent years, including Virginia, which legalized cannabis for personal use this past July.

Despite the Tennessee laws against pot, some jurisdictions in the state have taken it upon themselves to change their cannabis laws. Last July, the Nashville