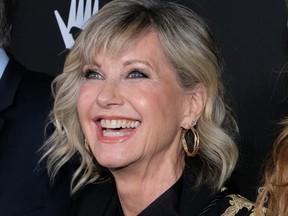 Olivia Newton-John is remaining upbeat about her latest battle with cancer after crediting her husband’s various “tinctures” and a vegan diet with helping her feel great.

She reveals she takes “a lot of herbs” for her breast cancer — which she was first diagnosed with in 1992 — in addition to conventional treatments like radiation. “There are a lot of herbs I take. And over the last 10 years, I’ve used cannabis,” the 72-year-old shared.

Newton-John is also singing the praises of going plant-based, which she claims has contributed to her well-being. “I’ve also been eating vegan because my daughter (Chloe Lattanzi) was visiting me and she’s a vegan. I feel very good,” she smiled.