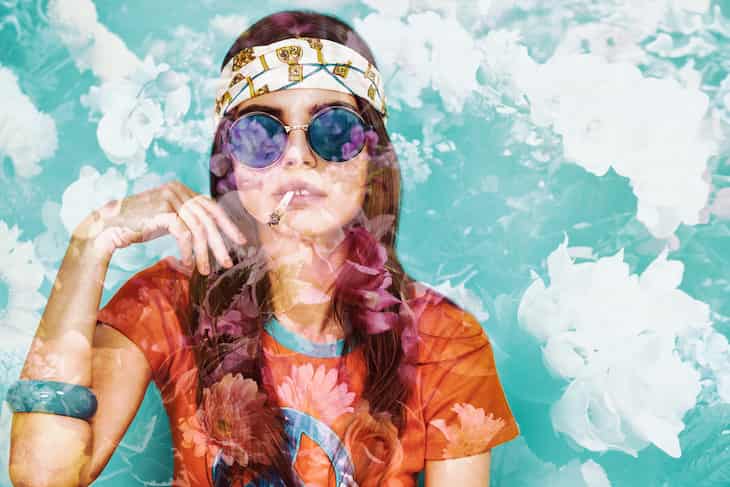 Everyone wants to take that first puff to see what the hype is all about and why so many cannabis joint smokers worldwide love their stuff. But as we foray into the blissful world of marijuana, we forget to consider one crucial aspect: Am I smoking joint the right way?

All too often, you’ll see movies or even witness in real life (if you’re lucky enough) how people inhale marijuana for the first time. Followed by an awkward round of roller coaster-like coughs – complete with their friends laughing out loud as the poor victim’s eyes pop and they gasp for air.

Well, we’re here to save you all the embarrassment if you’re smoking a joint for the first time. We hope you already learned how to roll a joint already.

The right way to inhale a joint

For most beginner marijuana smokers and expert ones alike, it hardly takes a minute to realize that smoking or inhaling a marijuana joint is in no way the same as inhaling a regular cigarette. So, let’s get you started with the inhale part.

When it comes to a joint, almost the exact opposite of smoking a cigarette applies: inhale slowly, consistently, and steadily. But don’t stop inhaling once you feel there’s enough smoke in your mouth. First-timers tend to sit perfectly frozen with smoke in their mouth right before blowing it out, while others attempt to swallow it. Both methods are a complete waste of THC – you’re blowing that precious stuff away into thin air! So, a golden rule of thumb is to continue to inhale while there’s still smoke in your mouth. Keep inhaling the good stuff deeply into your lungs until you feel like your lungs are almost about to pop. Since your mouth is pursed tightly on the joint, you need to breathe in a little fresh air too through your nose as you do this. Once you’ve hit the ‘inhalation wall’, hold it in for a while! Sometimes the smoke might be too hot, so use your mouth like a place for the smoke to cool down and then keep inhaling to the lungs. It takes time to learn.

“Joints for Jabs”: Washington State encourages residents to get vaccinated Cannabis Joints vs Dabs: which one is better? “The Fight Isn’t Over!” legal weed crusaders declare during a Cannabis Parade in New York

Let’s go over the exhale part. Inhaling as deeply as you can and holding the smoke in for as long as possible can be one of the most satisfying parts of smoking a joint. Plus, it gives you bragging rights if you happen to be the first one to master the technique correctly! Anyhow, when it comes to exhalation, you need to breathe the smoke back out as slowly and consistently as possible. Feel the thick vapor gradually emptying from your lungs.

No matter how long you’ve held the smoke in, never (ever) exhale it too fast. Instead, learn to “stream” the smoke in a steady manner – aka. dragon breathe. Yes, we just made that up!

Learn to stream the smoke on the way out, and you’ll even experience a much stronger and prolonged high.

Final thoughts on smoking a joint

Follow the golden tips above, and you’ll never have to worry about facing those embarrassing or even downright humiliating moments as a nice fatty gets sparked, and it’s time for your “puff puff and pass”.