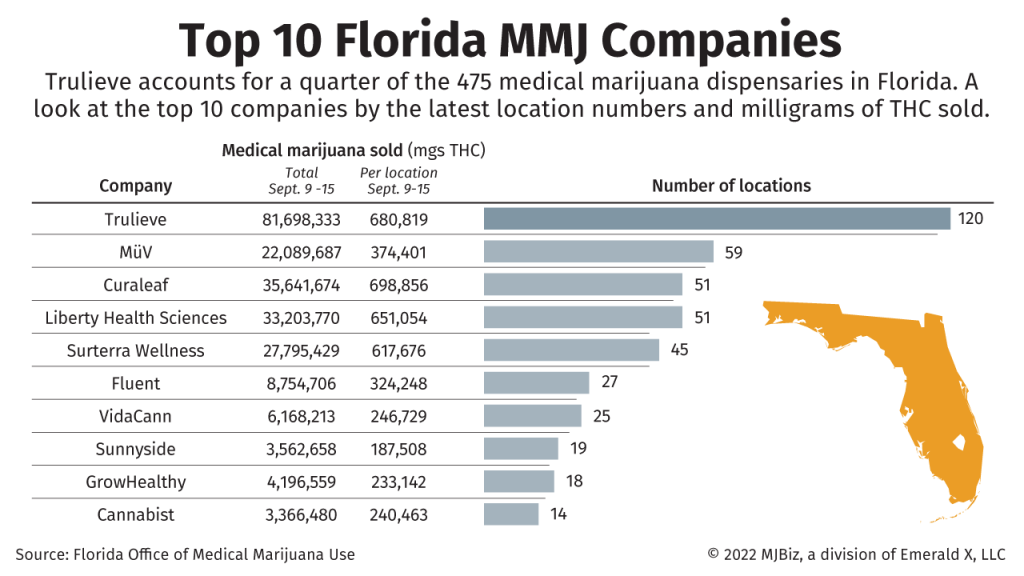 If the Florida medical marijuana market were a race, all bets would be on Trulieve Cannabis.

The Tallahassee-based multistate operator accounts for a quarter of the 475 medical marijuana dispensaries in the state.

And while Florida’s MMJ program has been steadily growing since it opened in 2016 – it now stands at nearly 800,000 patients – the program has not been without state-implemented hurdles.

Recently, an emergency ruling by Florida marijuana regulators capped THC dosage amounts in MMJ products and limited the supply patients can receive over a 70-day period.

And the governor has suggested that marijuana businesses should pay more to operate in the state.

Despite the bumps, companies are still looking to gain a foothold in the third-most-populous state in the United States and a market with immense potential.

The Growth Op 39 mins ago