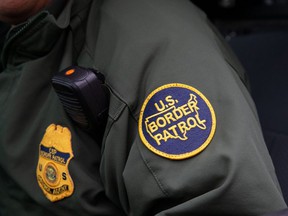 There was no need for U.S. border patrol agents to tiptoe around earlier this week since the footprints of fleeing drug smugglers led the authorities straight to a substantial cannabis stash valued at about US$264,000 ($330,000).

While the agents managed to apprehend three subjects, they missed out on two others, who were observed returning to Mexico, CBP reports. The cannabis and three subjects were taken to Harlingen station for processing, it adds.

The cannabis was discovered while the border patrol agents were searching for additional migrants.

Just this week, the CBP tweeted that agents had three smuggling attempts and apprehended a total of 15 migrants.

Last May, agents with the nearby Brownsville Border Patrol Station also used footprints to track down pot worth more than US$135,000 ($163,000). In that case, however, the authorities missed out on apprehending the smugglers.