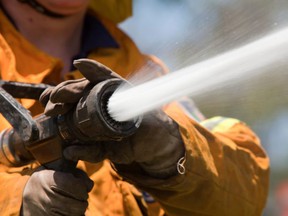 Emergency response teams are currently battling a “large fire” at a rural Milton, Ont. cannabis processing facility, which has prompted the Halton Regional Police Service (HRPS) to shut down a road leading to the blaze.

Local first responders, as well as crews from nearby Oakville and Burlington fire departments, are reportedly on scene in an effort to battle the flames. Approximately 15 fire trucks are currently participating in the effort, per local officials, according to City News.

So far, there is no information on what started the fire. It is reported firefighters received an emergency call around 1 am on Wednesday morning to the facility on Fifth  Line West between Lower Base Lane West and Britannia Road.

Police recommend in a tweet that drivers steer clear of the area, and traffic on the Fifth Line will be closed for the next few