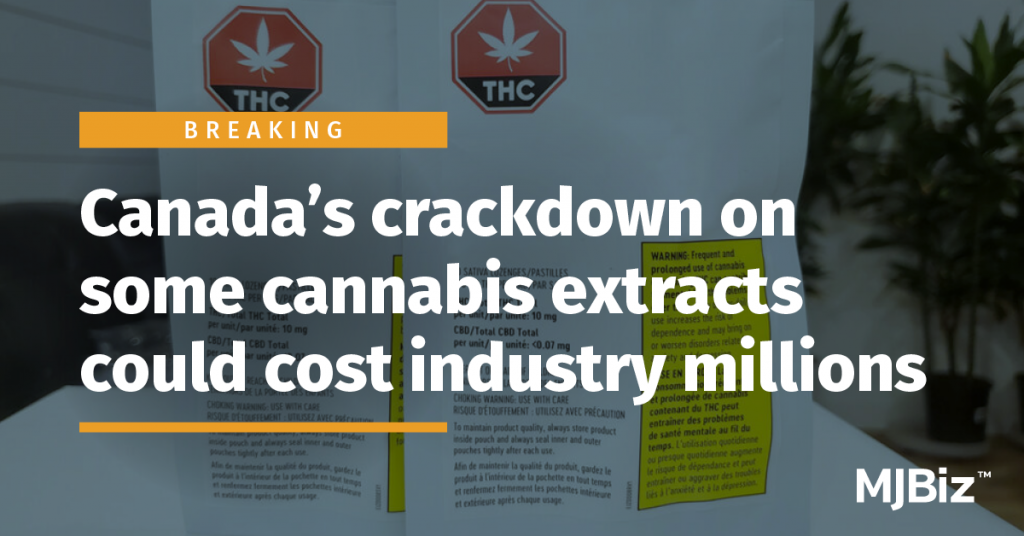 The move could cost cannabis businesses millions of dollars, Canadian industry sources say, because the products in question – including some lozenges and chewable extracts – are increasingly popular among consumers.

Executives are puzzled over Health Canada’s timing, especially since some of the products in question have been on the market for years.

The apparent crackdown also comes at a sensitive time for the Canadian marijuana industry, as most publicly traded cannabis producers are still losing money.