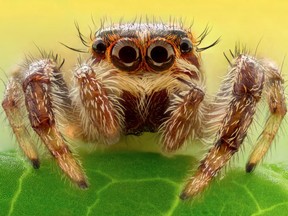 A 26-year-old man with a jar of cannabis stashed in his backpack while hiking in the foothills south of Salt Lake City, Utah has been charged after admitting to accidentally starting a wildfire while trying to burn a spider.

Suspect arrested in fire east of Springville. He told law enforcement he was using a lighter to burn a spider. After he was arrested @UCSO Deputies found drugs and paraphernalia in his backpack. He is being booked into jail. (I may be out of connection for a period of time.)

“What led him to stop and notice a spider and decide to try to burn it, we don’t know,” UCSO’s Sgt. Spencer Cannon told the news outlet.

The man has been booked on reckless burning, possession of a controlled substances (marijuana) and possession of drug paraphernalia,