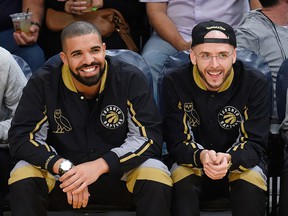 “I’ve always viewed 40 as the expert when it comes to cannabis, so I’m very excited to invest, partner and contribute to setting a new standard for a premium cannabis experience,” Drake said in a statement.

Previously, Drake had partnered with Canopy Growth Corp. on a joint venture, the More Life Growth Company, but that ended earlier this year.

Drake held 60 per cent ownership in the brand, while Canopy retained the remaining 40 per cent. First announced in 2019, there were plans to build out a 52,000 sq. ft. facility with the ability to produce 4,000 kilograms of annually in Toronto’s east end, but the partnership failed to “progress as originally intended,” Canopy CEO David Klein told BNN Bloomberg last August.

“We have, indeed, divested from More Life and the facility