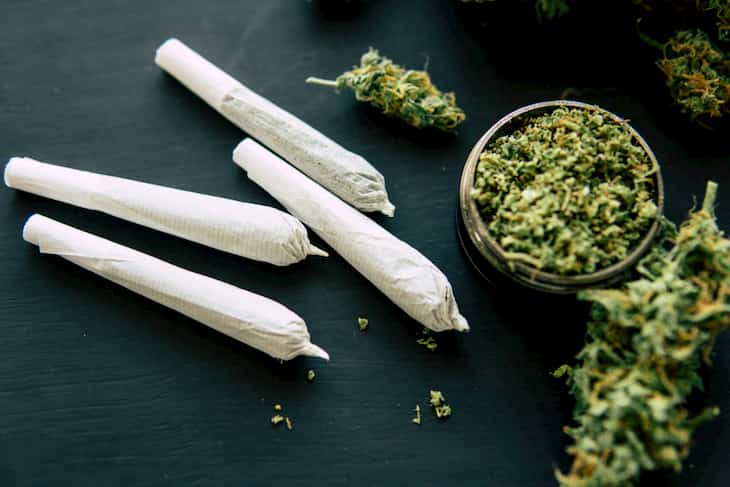 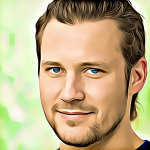 At first, one might think that PGRs weed is the ‘all end all’ of cannabis, but it’s not that simple. You see, plant hormones are something a traditional grower would typically not resort to as. Simply put, it isn’t the best method of achieving a healthy marijuana yield. Additionally, the eye-pleasing aesthetics of PGR weed is actually offset by its general lack of cannabinoids, terpenes, and trichomes.

Furthermore, there are natural plant growth regulators available which can be used successfully instead of synthetic ones. For instance, growers may use chitosan or kelp to achieve impressive results which are practically on par with synthetic PGRs.

With that said, it’s worth noting that PGR use usually occurs on the unregulated black market – in fact, synthetic PGRs can actually be hazardous to human health, especially the longer cultivators and consumers are exposed to it, according to this report.

How to spot PGRs weed?

The key difference to remember when identifying PGRs weed is that it is grown using synthetic hormones – natural cannabis isn’t. Plus, the various plant growth regulators in PGR weed provide for a unique appearance and physical attributes to the crops, so here are other ways you can differentiate between the two:

Another way to spot the difference is by simply breaking off a piece. Natural cannabis is always very fragrant because of the naturally occurring terpenes and flavonoids, but PGRs weed barely has any scent when you break or grind it – even if it does, it’s usually very faint.

Similarly, it’s inferior in taste compared to the rich and satisfying flavors of natural weed. In fact, when it comes to taste, PGR weed can have a harsh and chemical-laced flavor to it.

Lastly, PGR marijuana will not have the same feel as natural marijuana after you consume it, and this difference is simply because of the lower THC content as well as the chemicals due to the plant growth regulators. Also, it will intoxicate you fairly quickly and then cause a ‘high crash’ afterward which may make you feel lazy, heavy-headed, and lethargic.

Is PGRs weed safe to consume?

Well, yes and no. On the one hand, you have the above study, which states that PGR cannabis can increase cancer risk, but that’s under certain conditions. For example, synthetic PGRs have been linked to adverse health effects, although studies are inconclusive. Still, synthetic PGRs are carcinogenic and should not be consumed for either recreational or medical purposes.

More research is needed to understand the potential health risks synthetic PGRs pose to human health. In any case, it’s better to play it safe, which means knowing the origins of the cannabis you’re consuming. So, that means buying your PGR weed only from reputable growers who are known for their quality products and preferably using sustainable practices to cultivate and grow their weed.

What kind of PGRs are used?

If a grower uses PGRs to grow weed, it will most likely be daminozide, paclobutrazol or chlormequat chloride, although paclobutrazol seems to be the most common one. According to the latest research, paclobutrazol works by bypassing natural cell growth. So, instead of elongating (which they do under natural growth), the cannabis cells divide very quickly, and this is why you see artificially denser, thicker, and heavier buds. This also interferes with the natural terpenes and cannabinoids, so PGR cannabis will not have that signature marijuana scent or flavor.

Here’s a quick breakdown of how each of the three common PGRs can impact growth and affect human health:

This largely depends on their growing needs. While PGRs aren’t considered a ‘staple diet’ for growing cannabis, they make the buds grow large and dense, especially where consistency in size and the overall visual appeal is important. However, at the end of the day, it’s always best to grow cannabis naturally, as that way, you are not putting your consumers’ health at risk.

With that said, it should be noted that not all PGRs are bad by default. There are compounds other than the above three – more natural and non-toxic ones – which can stimulate healthy and normal plant growth. These include triacontanol, chitosan and kelp. The last two we mentioned at the start of this article. These are generally considered safe for growing PGR marijuana and can have similar effects to their synthetic counterparts.

Cultivators must also consider how they want to grow their plants. Some reports suggest that PGRs thrive better in artificial growing conditions. And indeed, you’ll find that most cultivators use PGRs to grow their weed indoors in hydroponics systems. So, in contrast, outdoor cannabis growers typically rely less on PGRs or, in some cases, not at all.

Beyond this, some growers don’t even know that they are using PGRs to produce ‘enhanced products’ because they are unlisted – most PGRs are bought via unregulated black markets, although you may come across a small handful of reputable sellers officially legally them online.

Where to find PGRs weed?

Your chances of spotting PGR weed depend on the literal and legal climate. So, for instance, if a US state has relaxed cannabis laws and a favorable environment for outdoor growing, you probably won’t find PGR marijuana easily. As you might imagine, PGR cannabis is quite rare in California owing to the Mediterranean climate, strict policies on using fertilizers containing unlisted PGRs, and current recreational laws.

If we switch over to the UK or Australia, there’s an ongoing problem with PGR marijuana. Australia, for instance, has a superb climate for growing marijuana, but current laws are stringent as the black markets continue to thrive. The UK is somewhat similar. Also, black market growers are not required to meet any regulations or clear pesticide tests, so they often use PGR weed to maximize yields and profits. However, there’s no telling how safe PGRs marijuana is to consume.

The next time you sit down for a session, and you’re not sure if it’s PGR weed you are about to smoke, look for these signs:

PGR weed containing synthetic compounds may cause a range of health problems and illnesses, as some research has concluded that PGRs can be carcinogenic and should be treated as ‘toxins’.

However, once armed with the right know-how and buying a quality product from a reputable online dealer only, you shouldn’t have to worry about PGR weed or what kind of PGRs are present in that weed. Some growers even publish 3rd party lab results with PGR percentages on their products. As the focus on regenerative cannabis growing techniques continues to emerge, we should be seeing a lot more PGR cannabis made available legally with safe and natural compounds.