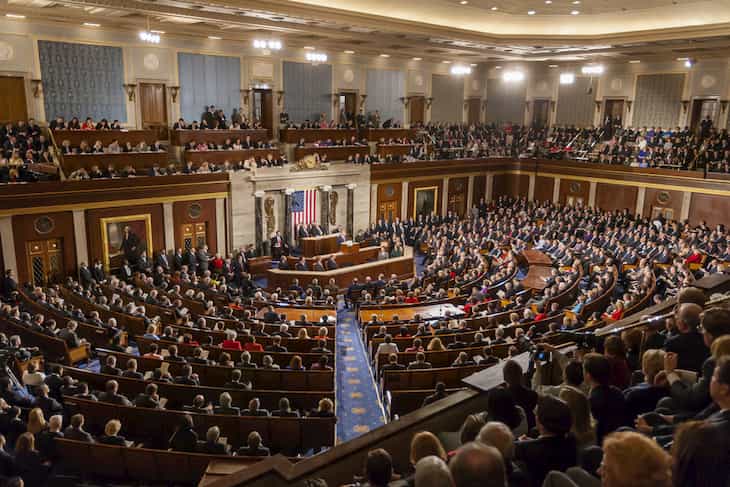 Democratic House Majority Leader Steny Hoyer (D-Maryland) said over the weekend that a cannabis-related historic bill had been scheduled for a full Congressional vote this week. The MORE Act bill will remove the federal prohibition on cannabis.

Will the Senate agree to vote as well?

The House vote could occur by mid-week. It would be the first time that the House or Senate will vote for ending federal cannabis prohibition. Cannabis faces a federal ban in the US since the Controlled Substances Act of 1970. House leaders typically only bring bills that they have enough support for, which could mean a historic passage of the MORE Act.

Justin Strekal, the Political Director at NORML, commented on the vote and said:

By advancing the MORE Act, the House of Representatives sends an unmistakable signal that America is ready to close the book marijuana prohibition and end the senseless oppression and fear that this failed policy wreaks on otherwise law-abiding citizens.

The Senate’s real struggle will be controlled by Republicans and led by Sen. Mitch McConnell (R-Kentucky). He strongly opposes the repeal of the 1970 Act.

There is still hope

Rep. Earl Blumenauer (D-Oregon), who leads the Congressional Cannabis Caucus, said that the MORE Act is the most comprehensive federal cannabis reform in history. He highlighted that national support for legalizing cannabis is very high. When the bill passes, about 99% of Americans will live in a state with some legal cannabis. He also said that Congress must come forward to repeal the prohibition, enforced selectively against people of color.

The MORE Act seeks to end federal prohibitions on cannabis and expunge all federal marijuana convictions. It will also reinvest in communities that are the most adversely affected due to criminalization.

The bill was initially scheduled for a vote two months ago but was delayed by the Democrats. Some moderate party members facing re-elections assumed that the bill could lower their appeal among undecided and moderate voters. The November 3 election ended up diminishing the Democrat’s majority in the House, as over a dozen seats were lost.

Cannabis legalization has been widespread among people and politicians on both sides of the aisle. Measures for legalization have already been adopted by Arizona, New Jersey, Montana, Mississippi, and South Dakota with overwhelming support.

The 2nd of December

The Rules Committee just sent the rule for H.R. 3884, the Marijuana Opportunity, Reinvestment, and Expungement Act (MORE Act), to the House Floor.

The 3rd of December

Tomorrow, on the 4th of December, is expected to be the day of the actual vote for the MORE Act.

“It is past time we show the moral courage to do something about [marijuana prohibition].” – Rep. Jim McGovern

” Today in America, you are nearly 4 times more likely to be arrested for cannabis if you’re black. Communities of color use cannabis at roughly the same rate as their white counterparts. But if you look like me, you are far less likely to face the same penalties.” – House Rules Chair McGovern.