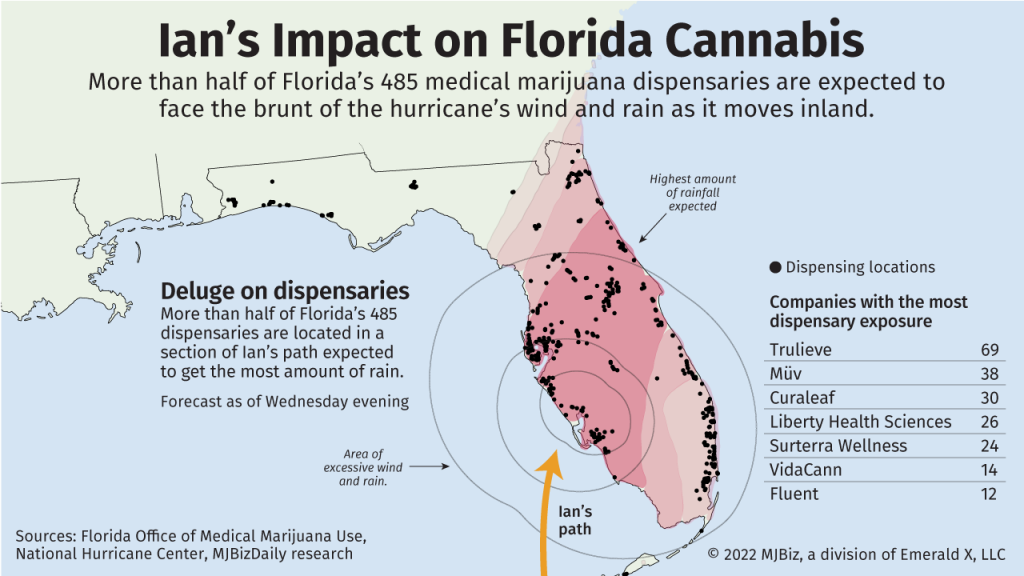 More than half the state’s 485 medical marijuana stores are located in the direct path of excessive rainfall and potential storm surges, according to data from the Florida Office of Medical Marijuana Use, the National Hurricane Center and MJBizDaily research.

Some of the state’s largest medical marijuana retailers are providing updates on closures on their websites and through social media.

Tallahassee-based multistate operator Trulieve Cannabis, the largest dispensary operator in the state, closed 55 of its 120 stores, according to the company’s website. MÜV, owned by Illinois-based multistate operator Verano Holdings, had closed about 30 of its 59 stores Thursday morning, according to the company’s website. Seven reopened, and two additional stores closed as of press time. Liberty Health