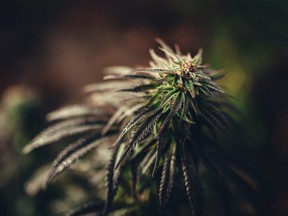 A hospital in the Israeli port city of Ashdod, has documented the first-ever report of cannabis withdrawal causing seizures in a human being.

Physicians at Samson Assuta Ashdod Hospital reported that the patient, an unnamed man in his 50s, was a frequent visitor to the emergency department over a period of several months, due to suffering from confusion, restlessness, and seizures.

Hospital staff noticed that the man, who is an observant Jew, was being hospitalized exclusively on Saturdays. Upon further investigation, his nurses came to the realization that although the patient was a medical cannabis user, he abstained from consuming his medication on Saturdays as he believed it was not in accordance with his observance of Shabbat, the Jewish day of rest.

While initially reluctant, the patient and staff worked together to find an appropriate compromise in which the man would swap his

Most Affected: Family Man Donald Fugitt is Serving Over a Decade for Marijuana