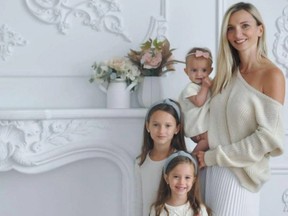 A driver who struck and killed a woman and her three young daughters in Brampton nearly two years ago is being sentenced to 17 years behind bars.

But he pleaded not guilty to four counts of operation while impaired by drugs causing death, and his lawyers challenged the constitutionality of Canada’s law setting out a legal limit for THC blood concentration when driving.

Ontario Court Justice Sandra Caponecchia found Robertson had a blood THC concentration of 40 nanograms of THC per millilitre of blood about 45 minutes after the crash, which is eight times the legal limit.

The constitutional challenge was rejected last month, and as a result, Robertson was found guilty on the impaired driving charges.

At a sentencing hearing last month, Robertson apologized for his actions, saying he was “deeply tormented” by what he did.

Robertson said he will feel guilty for