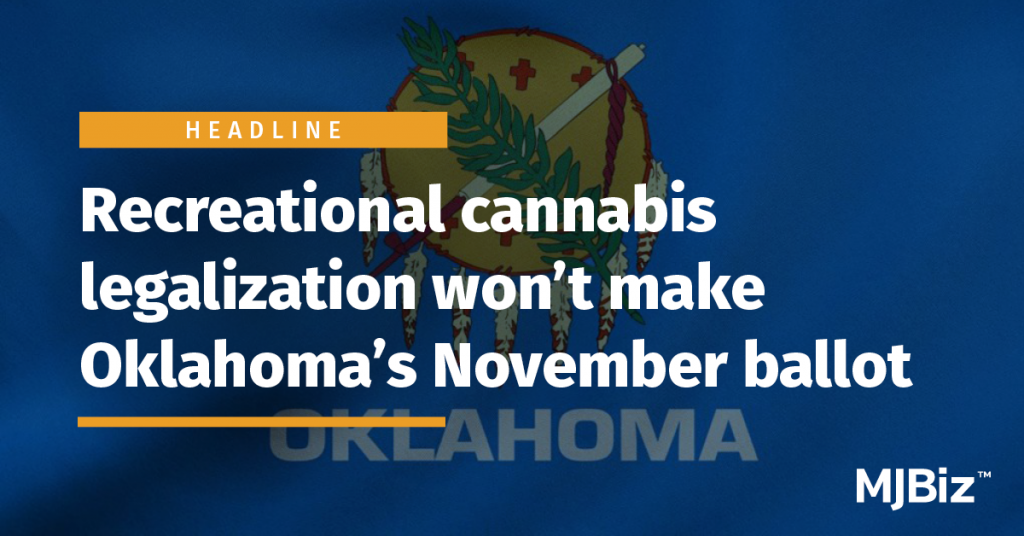 Oklahomans will not be voting on recreational legalization on Nov. 8.

The state Supreme Court on Wednesday denied a request by advocates behind State Question 820 to instruct the Oklahoma Election Board to include the adult-use petition on the ballot after the signature-verification process wasn’t completed on time, The Oklahoman reported.

“There is no way to mandate the inclusion of SQ820 on the November 2022 general election ballot,” Justice Douglas Combs wrote in the opinion.

“SQ820 will be voted upon by the people of Oklahoma, albeit either at the next general election following November 8, 2022, or at a special election set by the Governor or the Legislature.”

According to Oklahomans for Sensible Marijuana Laws – which is running The Yes on 820 campaign – the delays began at the secretary of state’s office, which, for the first time, had the added task of verifying voter signatures,