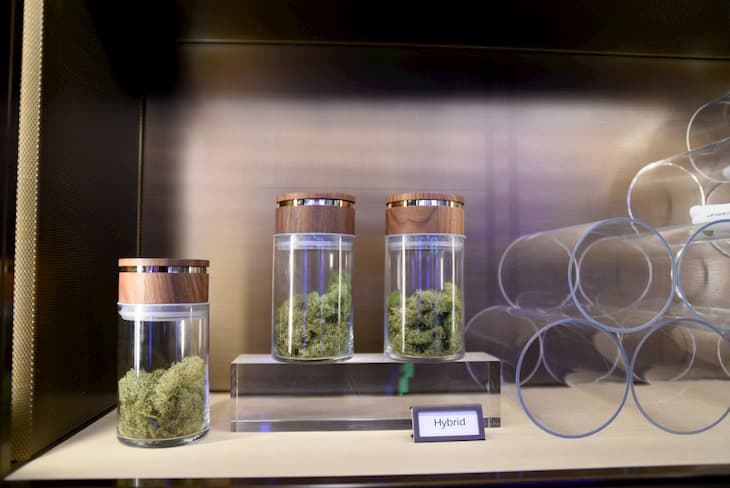 Democrats in the Senate have disclosed a bill to decriminalize cannabis at the federal level. During a session on Wednesday (July 14, 2021), Senate Majority Leader Charles Schumer (D-N.Y.), Senate Finance Committee Chairman Ron Wyden (D-Ore.), and Sen. Cory Booker (D-N.J.) launched the Cannabis Administration and Opportunity Act. The Majority Leader had previously teased the plan on April 20.

Decriminalizing marijuana at the federal level

The bill aims to accomplish various goals, including decriminalizing marijuana on the federal level, expunging federal convictions for non-violent marijuana crimes, allowing imprisoned offenders to petition their sentencing, removing marijuana from the federal list of controlled substances, and creating a tax system for the substance.

According to Schumer, the next step for the discussion draft is to get input from stakeholder groups because it is “essential to the legislation’s success.” The road for the new draft bill appears rough because it would require 60 votes to overcome the Republican filibuster in the Senate.

Last December, the House passed a bill to decriminalize cannabis. The vote passed despite majority GOP opposition. Schumer said he doesn’t currently have the votes to pass the legislation but has big Democrats’ support. Some negotiations will have to take place with the Republicans to get the bill through.

An end to marijuana criminalization?

Over the recent years, the public’s opinion has changed dramatically, with a majority of the country, including Republicans, currently supporting the bill to decriminalize cannabis. Other lawmakers and former presidents Obama and George W. Bush have admitted to past marijuana usage.

“People running for president of the United States readily admit that they’ve used marijuana but we have children in this country, people all over the nation, our veterans, Black and brown people, low-income people now bearing the stain of having a criminal conviction for doing things half of the last four presidents admitted to doing,” New Jersey Sen. Cory Booker said.

According to Senate Finance Committee Chairman Ron Wyden, the Oregon Senator, marijuana business saved hundreds of jobs during the pandemic when most businesses closed shops or struggled to stay afloat.

“This is a historic day. This is the first time in American history a majority leader of the United States Senate is leading the call to end the prohibition of marijuana,” Booker said.

The Democratic senators urged their counterparts in the Republican wing who support states’ rights to support the bill, saying it would allow states to decide whether marijuana should be legalized. Currently, 18 states have legalized marijuana for recreational use.