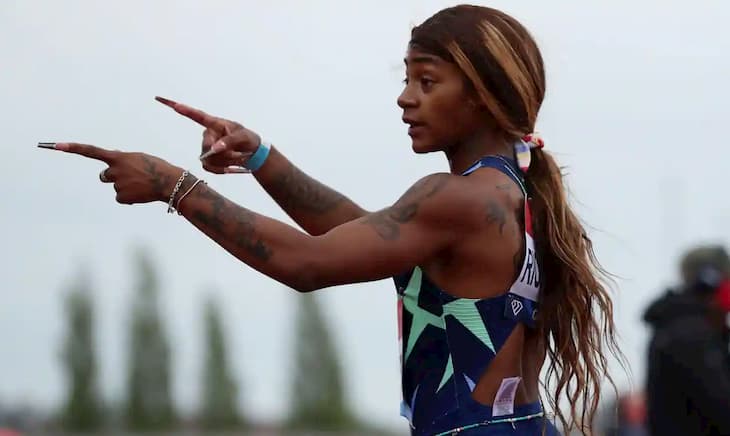 Fans of the U.S. track sensation Sha’Carri Richardson are continuing to show their support for the Olympian by adding their signatures to a petition for her reinstatement. As of Monday morning, the petition had received more than 450,000 signatures, only two days after its launch.

On Friday 30 June, the U.S. Anti Doping Agency (USADA) suspended Sha’Carri Richardson from competing in the Olympic Games for one month after she tested positive for THC, the chemical in cannabis. Richardson’s fans are now rooting for her to compete in the 100-meter dash at the Tokyo Olympics.

On Friday, MoveOn Civic Action, a 501(c) (4) organization, launched a petition for the reinstatement of the 21-year-old star athlete after news of her suspension broke out. According to the USADA, Richardson tested positive for marijuana and violated an anti-doping rule that calls for clean competition.

“In no world is marijuana a performance-enhancing drug for runners…The United States Anti-Doping Agency should drop their penalty and allow Richardson to compete!” the petition states.

Emphasizing that “the rules are clear,” the agency released the news of Richardson’s suspension, leading to forfeiture of “any medals, points, and prizes.” The athlete, however, accepted the decision and the one month of ineligibility, which started on June 28.

On her part, Sha’Carri Richardson accepted that she had used cannabis to help her cope with the shock of her mother’s death, which she said she only learned about from a reporter. The star athlete admitted that she was in a state of emotional panic after receiving the news.

“Last week, finding out my biological mother passed away and still choosing to pursue my dreams… Still coming out here… still here to make the family that I do still have on this earth proud. And the fact [is] nobody knows what I go through,” Richardson told reporters after winning the 100-meter dash with a record time of 10.86 seconds.

The push to review marijuana rules

MoveOn Civic Action, together with other marijuana crusaders, is now demanding a review of the outdated marijuana rules. In the petition, the organization mentions possible racism against Richardson, who is described as a ‘world-class Black, queer, woman, athlete.’

Ironically, marijuana is legal in several US states including Oregon, where Richardson’s positive drug test was discovered. Lawmakers have joined the push with some of them calling for Richardson’s reinstatement.

According to a recent tweet, the suspended athlete was grateful for her supporters and called out her critics during this time, telling them not to forget they all enjoyed the games before everyone knew it wouldn’t be the same.