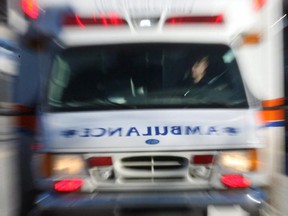 One man has been detained in Nepal after police seized 90 kilograms of cannabis from the ambulance he was driving.

The dealer was busted before he was able to put his plan into action and was later sentenced to 14 years in prison.

His plan for the ambulance was discovered after police searched the man’s phone and found he had been monitoring eBay for decommissioned ambulances in hopes of moving drugs around the country undetected.

Surprisingly, these are not the only two cases linking cannabis and ambulances.

In 2019, an ambulance driver in Ghana was taken into custody for his role in transporting 600 parcels of cannabis. He was originally charged in 2017, but skipped bail and was on the lam for two years before he was arrested.

The 25-year-old was arrested when police stopped the ambulance, which had its sirens blaring, after