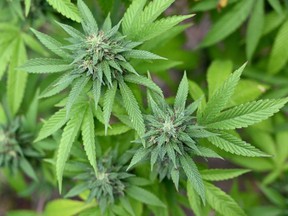 Cannabis played an important role in the lives and diets of the ancient Chinese Tang dynasty (618-907), according to new research published in the journal Agricultural Archaeology .

The discovery confirms that cannabis was consumed for nutrition, in addition to being used for textiles, medicine and other purposes, reports the South China Morning Post .

A study published last year in Science Advances found that cannabis has been cultivated in China for at least 12,000 years , first emerging as a crop during the Neolithic period. Researchers traced the origins of the plant to northwestern China near the Kazakhstan and Kyrgyzstan borders.

The latest discovery was unearthed at a primary school playground in Shanxi province. The 1,320-year-old tomb, with its contents well preserved, was discovered by construction workers. A number of jars inside the tomb held staple foods, including remnants of