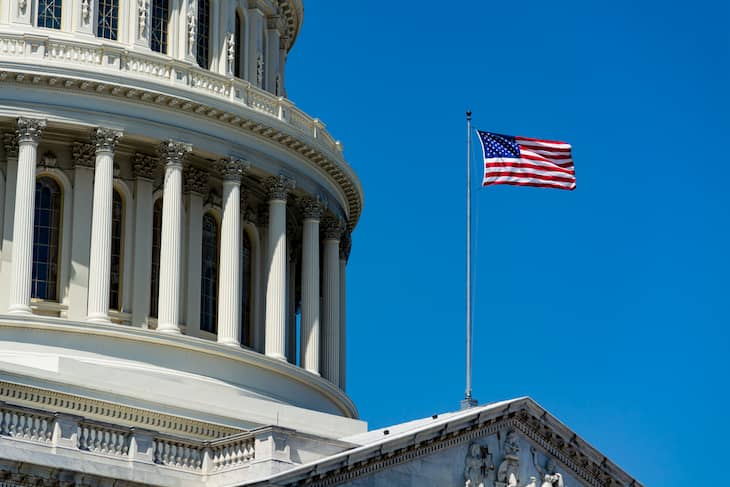 The Marijuana Opportunity, Reinvestment, and Expungement Act (MORE Act) passed in the U.S. House of Representatives (YEA – 228; NAY – 164). It brings us one step closer to the end of a federal prohibition of marijuana.

The voting is still ongoing, but the majority decision is already clear.
UPDATE: Final result 228 – 164 (Not voted – 38)

Even it’s a relatively small step before the bill becomes a law, it sends a strong signal to the incoming Biden administration. Vice President-elect Kamala Harris is the lead Senate sponsor of the MORE Act. Still, she’s already indicated that she won’t necessarily try to push the incoming President to further evolve on cannabis reform.

We all have to agree with NORML Political Director Justin Strekal, saying that by approving the MORE Act, the House of Representatives sends an unmistakable signal that America is ready to close the book on marijuana prohibition. It shows that Americans are prepared to legalize and regulate marijuana responsibly.

The Majority Leader of the U.S. House of Representatives Steny Hoyer previously said that the chamber would vote on the bill of marijuana legalization in September. But voting on the MORE Act was postponed following pushback from certain Democrats before passing another coronavirus relief package.

Rep. Earl Blumenauer was very confident about the MORE act and the results of the upcoming voting. In a press release last week, he made a long comment: “Our vote to pass it next week will come after people in five very different states reaffirmed the strong bipartisan support to reform the failed cannabis prohibition. National support for federal cannabis legalization is at an all-time high, and almost 99 percent of Americans will soon live in states with some form of legal cannabis. I’ve been working on this issue longer than any politician in America, and I can confidently say that the MORE Act is the most comprehensive federal cannabis reform legislation in U.S. history.”

What’s the next step for the federal level cannabis legalization

However, many believe that it’s unlikely the Senate, with Majority Leader Mitch McConnell, will follow suit during this Congress. He seems to staunchly oppose further marijuana reform.

Why the MORE Act is so important?

The MORE Act ends the federal prohibition and criminalization of marijuana by rescheduling it from the Controlled Substances Act, thus providing separate states with authority to be the primary arbiters of cannabis policy.

It could end senseless oppression and arrests across the country. More than 540,000 Americans were arrested for marijuana-related crimes in 2019, and over 90 percent of them contained were charged with mere possession. Furthermore, Black people are 3.6 times more likely to be arrested for it than white ones.

Being less harmful than alcohol and tobacco, the state-legal cannabis industry could employ more full-time workers than many other sectors, like the coal industry. These benefits can’t be denied.