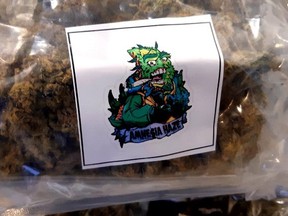 A man in his 20s and another in his 40s are in custody after Revenue officers seized 59 kilograms of cannabis in Kilkenny.

In Ireland, any sale of controlled drugs such as cannabis can be punished with a fine of up to €2,500 ($3,600) and a year in prison, according to Sensi Seeds.

For larger quantities, the penalties get more severe and can result in life imprisonment. If the market value is €13,000 ($18,700) or higher, the minimum sentence for selling cannabis is 10 years.

As part of the same joint operation, Revenue officers arrested a 37-year-old woman in May after she was found with 3.6 kilograms of cannabis worth an estimated €72,000 ($106,560). That followed a seizure in late April at the Rosslare Europort seaport, where officers discovered 40 kilograms of cannabis in a Polish-registered articulated lorry and its accompanying trailer.