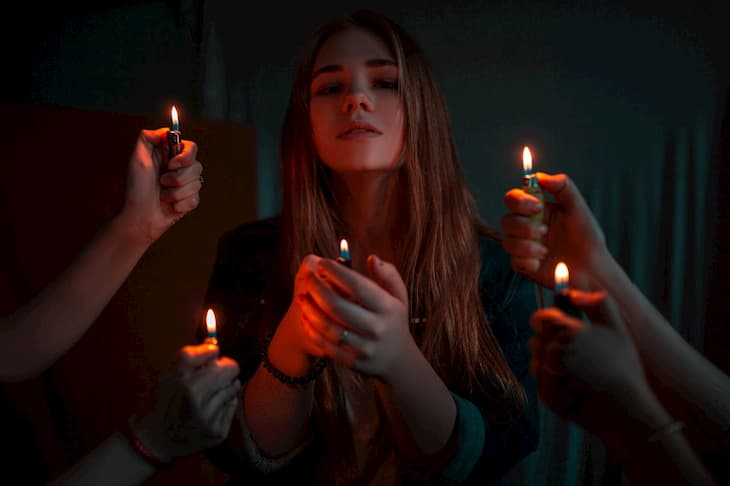 What is the White Lighter Conspiracy?

Essentially, this conspiracy theory revolves around one of the most common products Cannabis enthusiasts purchase, an everyday lighter. Basically, the theory suggests that various artists since the 70s have died because of the unlucky nature of a BIC white lighter. The theory has also insinuated that the famed 27 Club was cursed in conjunction with a white later.

Who is the White Lighter theory linked to?

The White Lighter Conspiracy is something that may have already been extinguished from history if the subjects were not so famous. However, the simple story went from something said to a legend, and now a theory that many even cannabis enthusiasts hold as truth, and these are the famous people that were noted to be intertwined with the unfortunate appearance of a White Lighter. Oh, and these celebrities also died at age of 27, linking them to the 27 Club.

During the 60s Janice Joplin was everywhere. She was an icon for rocking women worldwide and instrumental in bringing the notion that women can rock just as hard as men in an industry primarily dominated by testosterone. Janice Joplin had a unique sound that, to this day, is simply legendary. However, an accidental heroin overdose on October 4, 1970, took the singer’s life. Her grave lies in Pierce Brother’s Westwood Village Memorial Park and Mortuary in LA.

How to roll a cross joint – it’s easier than you might think Interesting facts about marijuana joint for newbies RSO vs Hemp oil: Which is the better option?

It was July 2, 1971 when Jim Morrison of the doors died unexpectedly following dinner and a movie in Paris, and there are actually two different versions of how the singer, at 27 years of age, met his end. The first cause of death that is actually on the death record is that Jim Morrison died of a heart attack after returning to his Paris apartment. However, the other theory might hold even more plausibility. Essentially, it states that Jim Morrison died of an overdose and was brought back to his apartment by a few dealer friends.

At 27, Jimi Hendrix died on September 18, 1970, in London, England. The cause of death was related to asphyxiation from vomiting after taking sleeping pills. The death was ruled completely accidental, and even though some may claim it was alcohol-related, there was not a considerable amount of alcohol in his system at the time of death. Jimi Hendrix endured a grueling schedule, utilized sleeping pills to contend with insomnia, and died on his vomit.

Although the above singers died in the early 70s, the last white lighter legend did not pass until 1994. March 31, 1994, was the day Kurt Cobain took his own life, according to police. He died of a self-inflicted gunshot wound to the chest, but even though this is the official report, many claim the incident was not suicide but murder. However, that is another conspiracy theory altogether. Yes, he did die at 27 years old, just like the other 3.

Has it Been Debunked?

The White Lighter Conspiracy is one that will live on simply due to the coincidences among the deceased as they all died at the age of 27, yet there is no actual report of these people owning a BIC white lighter. For Hendrix, Morrison, or Joplin was even impossible to have one, because the first disposable BIC lighter wasn’t produced until 1973.

In theory, Cobain could have had one. But according to a set of photographs released by the Seattle Police Department in 2014, he had two lighters in close proximity to him on the day of his death neither of those lighters was white, and neither in his pocket. One colored lighter was discovered in his heroin box, and another (appears to be pink) in photographs was found nearby.

One of the best aspects of humanity is the fact that we tend to hold on to what we know and cherish it. This is what the White Lighter Conspiracy has become in recent years. Those who grew up in the 70s and 80s and became a part of Cannabis culture during that time remain superstitious in accordance with the White Lighter Theory. When you talk to older generations that were enveloped with the story, they will not purchase, own, touch, or in some cases, be in the same room with anyone using a white lighter. The vast majority of people may have debunked the theory, but that does not make any difference to those traditionally avoided white lighters.

When you take the fact that all these singers died at the age of 27, were involved with the Cannabis culture at the time, and were wildly successful, a conspiracy theory surrounding a common white lighter is not out of the question. It is natural to seek relevance and a common bond between those we value and idolize. These four individuals had a lot in common with their deaths and were revered for their musical influence. The legends of these 4 masterful musicians will live on through their records and unmatched talent, and we can also expect the White Lighter Theory to live on. Eventually, it might be replaced with another coincidental death circle, and within our culture today, it would probably revolve around a specific phone brand.