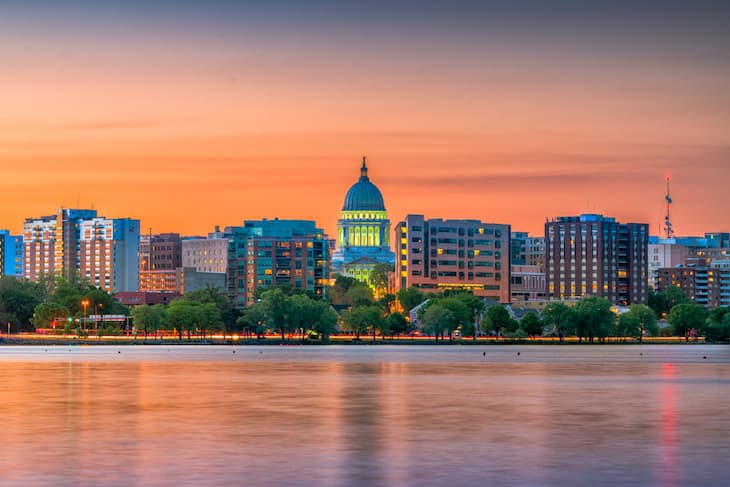 Even though dispensaries are quickly coming up along the northern border of Illinois after the state legalized recreational marijuana nearly a year ago, local police say they haven’t yet seen any significant impacts in Wisconsin.

No rise in marijuana possession charges

According to officials with the Rock County Sherriff’s Office and police departments in Janesville and Beloit, there has not been a rise in marijuana possession charges in 2020. However, law enforcement officials argue that the persistent COVID-19 pandemic may dim the data because it severely affected businesses and travel.

Sergeant Mark Ratzlaff is in charge of the Janesville Police Department’s Street Crimes Unit. Regarding this issue, he said:

“It’s such an anomaly year that I don’t know if we can draw any conclusions as to the impact at this point, but we’ll keep an eye on it.”

Illinois officially legalized recreational marijuana on January 1, 2020. This led to the establishment of dispensaries in Chicago, Rockford, and South Beloit, as the Wisconsin State Journal earlier reported.

In 2017, the National Bureau of Economic Research produced a report on the spillover effects of recreational marijuana legalization in Colorado and Washington on the surrounding states. According to the report, there was “a sharp increase in marijuana possession arrests in border counties” compared to non-border counties.

About one year ago, state and local officials said they would monitor the drug to see if any major effects are forthcoming. So far, marijuana remains illegal in Wisconsin. The impacts have been minimal, as officials from various southern Wisconsin communities reported.

As of December 21, 2020, the Rock County Sheriff’s Office logged 200 arrests for THC possession. This was slightly higher than 179 arrests made at the same time in 2019. In 2018, the department recorded 246 such arrests. According to Commander Jude Maurer, the arrests and citations rise and fall from year to year. The department has not made any changes regarding marijuana-related operations. The script is nearly the same in Beloit, where a dispensary opened up on the southern border.

There might have been a handful at most, of people who were arrested for possession of marijuana that said they got it legally in Illinois. It’s had a very minimal impact, said Police Inspector Thomas Stigler.

AAA Public Affairs Director Nick Jarmusz said marijuana, just like alcohol, could slow down a driver’s reaction time, and increase the crash risk. In 2020, Wisconsin lawmakers attempted to legalize some form of marijuana use, but the efforts didn’t gain much traction in the Legislature.

The Growth Op 12 hours ago