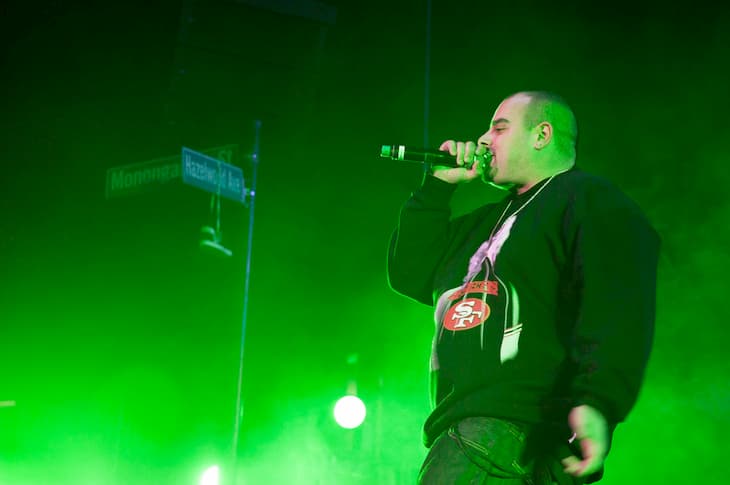 It is easy to draw parallels between the regulated marijuana market and a showbiz career, especially as a rapper. Both demand grit, perseverance, and a unique selling point to keep users connected to your offering. In both cases, a small compromise with quality could mean the loss of an empire.

Berner, the famous rapper with top hits on Billboard charts and a flourishing career in California’s legalized weed market, brings these two distinct worlds together with his work.

The beginning of Berner

Berner’s birth name is Gilbert Anthony Milam Jr. He was born on October 27, 1981, attended the Galileo Academy of Science and Technology before he dropped out. The Mexican-American rapper’s father worked as a chef in a Fillmore Street Mexican restaurant, and his mother was an office worker. Soon, the family shifted to Arizona, and Berner took his first steps into rapping. In 2006 he released his first mixtape, Dirty Sneakers.

In 2007, he started his label “Bern One Entertainment”. He also ran a marijuana club between the ages of 18 and 25 and opened several marijuana dispensaries. Berner went on to produce a TV series called “Marijuana Mania”. He signed for Taylor Gang Entertainment, owned by famous rapper Wiz Khalifa. By 2019, Berner launched 16 albums.

Berner’s success and his career trajectory, going from a dropout to a budtender and then to a successful entrepreneur who created “Cookies” and made an excellent rap career, are no less than a fairytale. Weed remained an essential part of his career success, helping him meet the industry’s big names and eventually getting signed by stoner rap behemoth Wiz Khalifa. It is no surprise, then, that he frequently throws the terms of weed strains in his songs.

A mixtape full of hits

Berner has been working with numerous fellow rappers like B-Real, Young Dolph, El Chivo, Cam’ron, Chevy Woods, Mozzy, and Styles P. Hempire and 20 Lights EP charted on Billboard. His work with others provided additional exposure and cemented his position as one of the weed rap industry’s biggest names.

After his first mixtape, Berner released his debut album in 2007 under the “Bern One Entertainment” label. His album Track Money & Pack Money was launched with Equipto. His first solo album arrived two years later, titled Weekend at Bernie’s. He released four other albums in the same year.

Taylor Gang signed Berner in March of 2012, and his first collection with them- Urban Farmer, was released the same year. He joined Wiz Khalifa, Joy Bada$$, Trinidad Jame$, and A$AP Rocky for the “Under the Influence” Music Tour in 2013. In 2015, he released a collaboration album with Cam’ron titled Contraband. He did another album with deceased rapper The Jacka titled Drought Season 3. Next solo album Hempire arrived in 2016. Berner also roped in Kool John, J Boog, Dizzy Wright, Juicy J, and Cypress Hill for a 4/20 show that he produced at the Bill Graham Civic Auditorium.

Berner and weed have become synonymous with each other, thanks to numerous mentions of some popular strains in his songs. However, his relationship with cannabis isn’t new. He worked on the front desk of a weed dispensary for years, which helped him understand the opportunities in this business. About 20 years after checking his first ID for providing weed at the dispensary, he now stands tall as the face of Cookies- a unique lifestyle, marijuana, and clothing brand.

At the age of 18, while working for San Francisco-based medical cannabis dispensary Hemp Center, he understood the life-altering effects of cannabis on chronically ill patients. It inspired him to further work in the industry and finally launch a firm that focuses on the highest quality of genetics and its customers’ most authentic products.

With Cookies, Berner is trying to create a brand which benefits both cultivators and consumer. The brand began in 2012 with Berner and grow expert Jai collaborating on one of the most popular cannabis strains in the world- Girl Scout Cookies (GSC). Cookies began in a San Francisco garage, but its quality product and Berner’s rapper fame launched it to international success.

Berner’s focus on innovation, quality, and high-end genetics has helped Cookies become one of the world’s most prominent marijuana brands. Now Cookies and its brand family is looking forward to creating an integrated medical marijuana treatment center in Florida. Announced in September this year, the two-year expansion plan will see vertical integration of the brand to the treatment center will help it expand its reach in the state of Florida. Notably, Cookies is the only Medical Marijuana Treatment Clinic (MMTC) licensee with a minority owner.

Cookies have caught on with the marketing techniques of popular streetwear brands that are pushed further by Berner’s success in the music industry. While its Girl Scout Cookies strain is one of the most prized strains globally, what helps the brand tick is its creative marketing. From the beginning, it chose to be a brand that promotes a sense of community and culture- weaving in elements of the hip-hop subculture into a hybrid brand that envisions a weed-centric lifestyle.

The brand runs on a smartly designed marketing hype and a community of Cookies enthusiasts who love their pot and the lifestyle that comes along with it. The “drop” culture has worked exceptionally well for the brand, making enthusiasts wait for the next offering and engaging with the brand more closely. Apart from providing a wholesome community experience to its customers, he regularly advises growers and aims to bring more people from the black market to the legal one.

Berner didn’t stop with just weed strains. His latest collaboration is a premium rolling paper collection called Vibes. The paper is cultivated and crafted in France before it is cut and kitted in the Dominican Republic and pasted with Arabic gum line – bringing home a truly international flavor.

In an interview, Berner said, “I’ve been working non-stop since I was 13 years old.” He added, “Time and dedication are important, but the ultimate key to my success is hands-on. Friday, Saturday, Sunday… Whether it be 6 a.m. or midnight, I’m calling everybody.”

Talking about his successes and rise in life, he said, “I’m super blessed because I know where I came from. It always sits in the back of my head.”

Berner has been vocal in his support for different social causes, especially regarding people of color. In mid-2020. Protestors looted his favorite Cookies dispensary. In an Instagram video, he humanely addressed the issue and highlighted the concerns of thousands of people who are out on the streets.

Berner’s teenage daughter is now working on his clothing line, and the rapper is proud of her work. Being an investor, entrepreneur, rapper, and one of the most vocal voices for weed, Berner is a successful celebrity who doesn’t mind standing up for the right causes.
Meanwhile, he is writing a book and developing a documentary production unit to keep his fans engaged with his music and businesses.