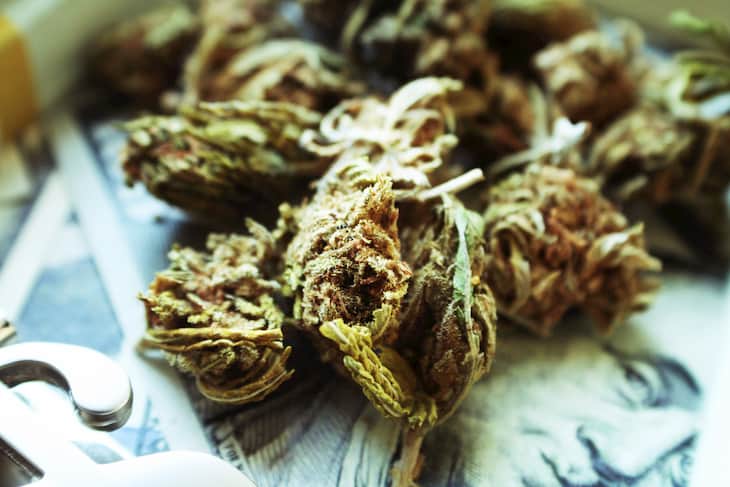 Police have seized a cannabis farm inside a Southport nightclub. In a raid conducted by the officers early this week, 100 plants of cannabis were discovered in three growing rooms inside the building.

According to the police, a Southport man, aged 33, will be interrogated by officers connected to the discovery.

Officers posted photographs on social media together with a statement that read: “A warrant was executed under the Misuse of Drugs Act at a nightclub in Southport town center on Monday, April 26. One hundred cannabis plants in three growing rooms were seized as a result of this warrant. A 33-year-old local man is due to be interviewed over the finding of the plants, as part of the ongoing investigation.”

In other cannabis crime news, police in Hertfordshire discovered a cannabis factory in Cheshunt following a raid conducted on April 12. The officers acted on a tip-off by members of the public.

Officers found up to 995 cannabis plants in the facility located in Delamere Road in Cheshunt. According to a statement by the police, the 995 cannabis plants were found across seven rooms with an approximate street value of nearly £550,000 ($765,734.75). The cannabis factory could produce up to 2 million pounds (2.7 USD) worth of drugs a year.

“We are pleased that we have prevented this substantial amount of class B drugs from getting onto the streets and causing misery to lives. We get a lot of our intelligence regarding drugs thanks to vigilant members of the public reporting suspicious activity in their neighborhoods, such as the cultivation of drugs or drug dealing,” Sgt Richard Balderstone said while thanking the “vigilant” public.