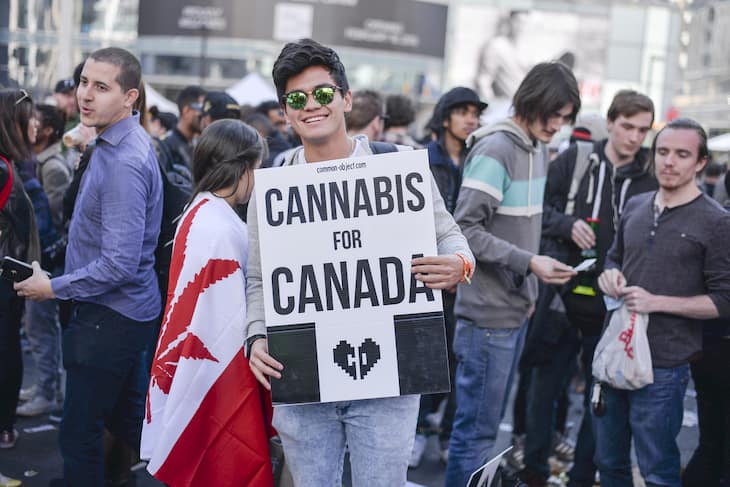 Just two years after legalizing the sale of marijuana in Canada, cannabis use among teens aged 15-17 years has slowed down by half. This is according to Michael Boudreau, a criminology professor at St. Thomas University.

No feared increase in cannabis use

According to the professor, nearly six percent of Canadians say they use cannabis daily. This number has remained unchanged even before legalization. Cannabis use among teens in the age bracket of 15-17 went down by half, from 20 percent before legalization to 10 percent currently.

“So there, we do not see a skyrocket use of cannabis. Now, some would argue that is still too high, and I think that’s a point that can be taken, so there could be more education directed towards cannabis use,” Boudreau said.

However, according to the professor, cannabis consumption among teens aged 18 and 24 stands at 33 percent, which is equally unchanged.

Two years of cannabis legalization – how has it been?

Professor Boudreau has studied the impact of legalized cannabis two years down the line. He shared his findings in an article he wrote jointly with Sarah Hamill, a law professor at the Trinity College, Dublin. The document was entitled The Kids Are All Right: Reflections on Two Years of Legal Cannabis in Canada.

Two years after legalization, the two professors have been trying to cover some of the critical aspects of cannabis use in Canada.

We wanted to take a snapshot on the second anniversary just to see what legalization has meant to Canadians. If the legal use of cannabis has increased, if it’s decreased, what about the sales? And then what do we do going forward?

Boudreau noted that one of the key objectives of legalization was to eliminate the black market that targets cannabis sales. However, he said this would be very difficult and nearly impossible, “as we’ve seen with alcohol sales.”

Despite the black market’s presence, Boudreau noted that 52 percent of Canadians say they secure their cannabis from legally authorized sources, mainly state-owned stores. He also said they are witnessing skyrocketing sales in the cannabis sector since legalization.

By July 2020, sales of legal cannabis hit $231 million in Canada. New Brunswick was among the provinces that recorded the biggest increase. Triggered by the COVID-19 pandemic, online sales increased significantly. According to Boudreau, more Canadians are warming up to online sales as opposed to black-market purchases.

“Some have argued all along that one of the best models is not just solely government-run, but a mixture of government stores, but also that small, quote-unquote, pot shops that sell because they’re arguably the experts in terms of explaining cannabis and how it’s used to Canadians,” the researcher said.

However, the professor argued that as long as those stores exist, the black market would never disappear.