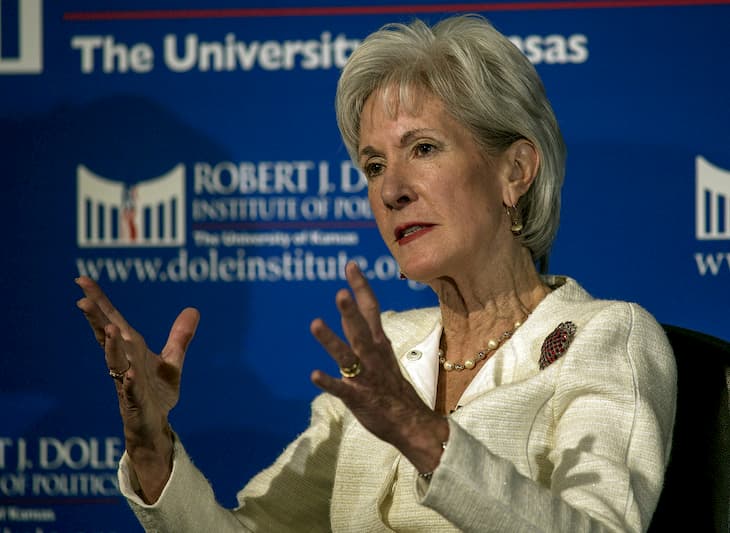 Former Health and Human Services (HHS) Secretary Kathleen Sebelius has joined the marijuana industry group- National Cannabis Roundtable as co-chair. Sebelius served in HHS during the Obama administration for five years. She has also served two terms as the governor of Kansas.

Sebelius will be co-chairing the industry group with former Speaker John Boehner (R-Ohio). She will lead the group’s board of directors and push for more advocacy of the cannabis industry. Her appointment comes at a crucial time when most industry groups are lobbying to end the federal prohibition on marijuana.

Cannabis is already legal in dozens of states for recreational or medical use, but federal laws still classify it as a Schedule 1 drug. Democrats under the Biden administration have supported the cause and promised to push for newer regulations that end the war on marijuana and rehabilitates communities that have been unfairly affected by it.

Kathleen Sebelius focused on the economic benefits of marijuana legalization. She highlighted that removing prohibition will help regulate the sale of the drug and impact communities of color impacted by arrests related to cannabis.

She stated, “The path forward for cannabis reform in Washington will require a holistic approach. We have to recognize and respond to multiple imperatives: there is an economic side to cannabis, but also a human side. Whether it’s the jobs and revenue potential, the criminal and social justice reform, or the health implications, we need to embrace the human side and keep in mind how policy affects real people.”

As the democratic party controls the White House, the Senate, and the House, federal legalization of marijuana looks possible. However, the path to ending prohibition is still long and tedious. The Democrats control both chambers of the legislature by narrow margins, and the GOP has been broadly opposed to full legalization of the drug. This leaves the Democrats with one option- gradually creating supportive reforms instead of legalizing the drug in one full sweep.

Kathleen Sebelius has Democratic background, while her co-chair Boehner is a Republican. He opposed marijuana legalization while serving his term in Congress but went on to join the board of a cannabis company, Acreage Holdings, in 2018. He commented on Sebelius’ appointment and said that she would be a great partner in advancing the group’s cause as she understands policy and law.

Opportunities for Canadian cannabis companies exist in the U.S., even as federal legalization lags

Wannabe drug traffickers sentenced after conspiring to use a yacht to move weed from Morocco to the U.K.