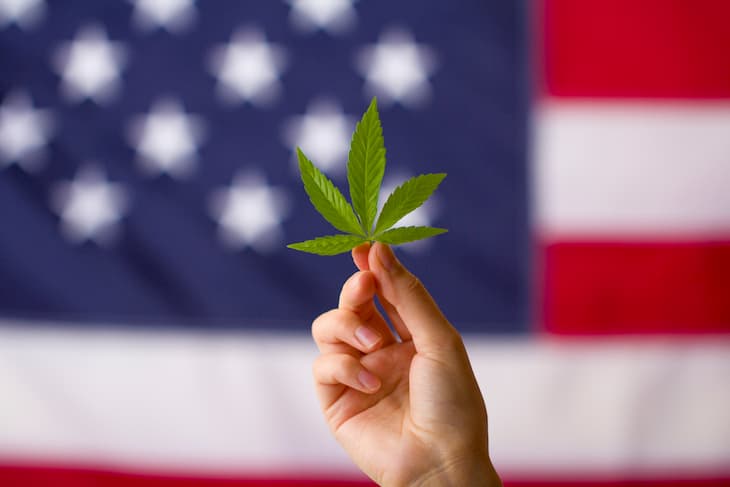 The determination of three high-profile democrats for introducing cannabis reform and helping communities disproportionately affected by the war on drugs helps marijuana stocks soar. Share prices of several marijuana companies in the US and Canada rallied at the prospect of positive federal legislative action.

Senate Majority Leader Chuck Schumer and Democratic Senators Ron Wyden of Oregon and Cory Booker of New Jersey released a Monday’s joint statement. The trio said that they are working on comprehensive cannabis reform. They wrote, “In the early part of this year, we will release a unified discussion draft on comprehensive reform to ensure restorative justice, protect public health and implement responsible taxes and regulations.”

This helped pushed the prices of several marijuana stocks higher. ETFMG Alternative Harvest ETF (MJ), which provides exposure to cannabis firms, jumped 9.8% on Wednesday, marking a new high after September 19, 2019. The ETF price grew by 22% in the previous three days and 62% year-to-date.

Canadian cannabis stocks like Aurora Cannabis, Tilray, Canopy Growth, and Cronos Groups all rallied between 7% to 13% on Wednesday. US-based companies like Cresco Labs and Curaleaf Holdings also marked price rises, although their gains were not spectacular.

Will 2021 be the best year for cannabis?

The statement comes on the heels of over three months of positive news for the industry. In November, state ballot initiatives helped expand marijuana sales in some states, after which Democrats won both runoffs in Georgia Senate. With the Senate’s change, Mitch McConnell is now the Senate minority leader, which gives him less power to influence the reforms. McConnell is blamed for delaying cannabis reforms.

Aaron Grey, an analyst with Alliance Global Partners, commented on the future of marijuana, “In the early part of this year, we will release a unified discussion draft on comprehensive reform to ensure restorative justice, protect public health and implement responsible taxes and regulations.”

The actual bill for cannabis reform is yet to be introduced, but Grey believes it could focus on strengthening the Tenth Amendment through the Entrusting States Act. This could leave states with more power to decide how they want to proceed with marijuana legalization. This bill will be more beneficial for growers back home than their Canadian counterparts, who cannot sell their crop in the US.