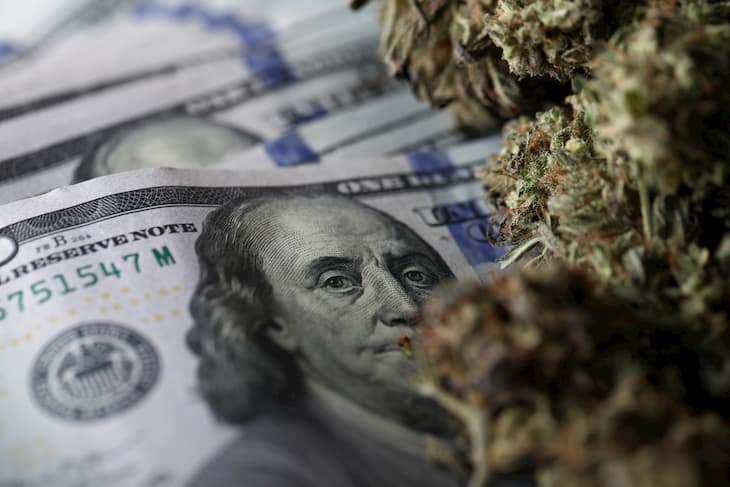 Illinois has amassed $62 million from legalized marijuana sales, which is earmarked for funding minority businesses and neighborhood improvements. However, the money is still on hold.

As the Chicago Tribune earlier reported, there have been problems with the state’s system on handing out new cannabis business licenses. At the same time, there have been numerous funding requests. The COVID-19 pandemic and issues with the scoring process are some of the reasons that might have led to the delay in awarding the licenses.

One of the state’s lawmakers, Sen. Heather Steans, co-sponsored the law that legalized marijuana. The law includes setting aside money for improving neighborhoods and ensuring equity in the process of awarding licenses, among other things.

I’m certainly hoping those dollars get out as soon as possible. We did a lot to make this the most equitable cannabis system in the country. We haven’t seen the results yet we wanted in any of those areas, so we obviously need to stay on it, Sen. Steans told the Chicago Tribune.

Illinois recorded the first sales of recreational marijuana in January 2020. Since then, nearly $175 million has been raised in taxes up to December 2020, according to reports from the state’s Department of Revenue.

According to Sen. Steans, part of the tax generated from legalized marijuana sales was meant to help people in the state’s most desperate areas. From the tax proceeds collected from recreational marijuana sales, 35% is intended for the state’s General Fund, while 25% goes to community development. Another 20% is earmarked for substance abuse treatment, prevention, and mental health, while 10% goes to the state’s backlog of bills and 8% to local law enforcement. The last 2% is meant for education and data collection on the health effects of legal cannabis.

The unspent funds are divided equally between two different programs. The Cannabis Business Development Fund will take $31 million, while the Restore, Reinvest and Renew Program (R3) takes another $31 million.

The amount for business development comes from fees paid by existing marijuana businesses. However, the amount cannot be awarded until the business licenses are issued.