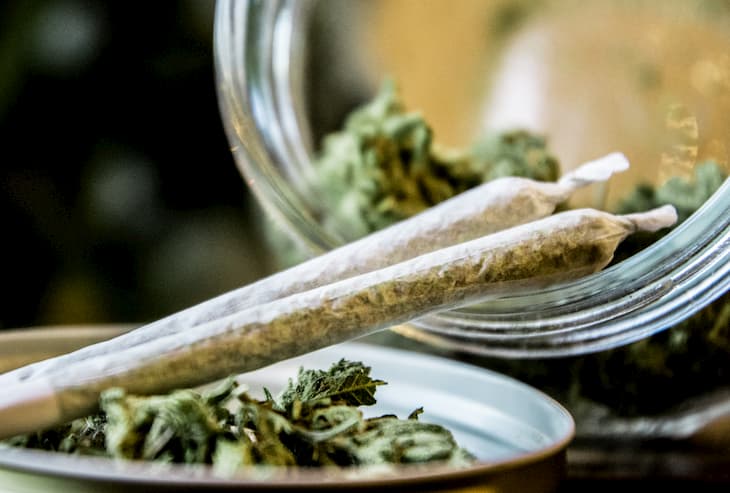 While marijuana’s popularity continues to grow out of control, not just within the US but also across the world, the bliss-inducing drug is now in the spotlight more than ever. There have even been many studies that have discussed the therapeutic benefits of smoking a joint (within certain limits), but how much do you really know about marijuana joint?

Here are a few interesting facts to bring you up to speed.

While there are around 480 chemical compounds present in marijuana, the one that gets the most attention is THC: tetrahydrocannabinol – which is responsible for getting you ‘high’. Some strains are higher in THC, which means if you smoke too much weed, you may experience anxiety, depression, paranoia, sudden shifts in mood, and even hallucinations.

There are many, many ways you can consume your marijuana. From regular joints to bongs, blunts, doobies, fatties, vaping, and edibles. If you love the smoke, then joints, bongs, and blunts are your thing. If you like more of a direct hit and longer effects, then vaping and edible brownies will get you there!

Fact #3: So many names, so little time

Fact #4: Marijuana and US presidents

A bit surprising for some, but there’s a long-standing history between weed and US presidents. Thomas Jefferson, James Madison, and George Washington used to farm hemp, while Bill Clinton and Barack Obama have admitted to “trying” marijuana.

Marijuana has enjoyed a rich history in the world of music. Jazz players have long been known for using the drug for inspiration – no wonder Anslinger (then Head of the Federal Bureau of Narcotics) used to call it “Satan’s music”. But it’s a drug not only enjoyed by musicians but also talked about very enthusiastically and fondly in music. Artists who “love their weed” include Dr. Dre, Snoop Dogg, Peter Tosh, Bob Dylan, Willie Nelson, and Rick James.

Did you know that the move to make marijuana illegal in the US was primarily fueled by racism? Around the turn of the 20th century, marijuana use became associated with minorities – yep, you guessed it: mostly Blacks and Hispanics.

US states started banning weed in the 1910s. Two decades later, the head of the Federal Bureau of Narcotics, Harry J. Anslinger, leveraged racism and the fear of crime in a very high-profile effort to impose a federal ban.

Weed has been prominently showcased in many films, including 1998’s Half Baked and 2008’s Pineapple Express. However, the most iconic one is probably Reefer Madness, a 1936 drama depicting how teenagers getting addicted to the herb ended up with manslaughter charges in the end.

No matter what your views are on the drug, after a few puffs, you’re sure to develop your unique twist on how it influences or inspires you in life.