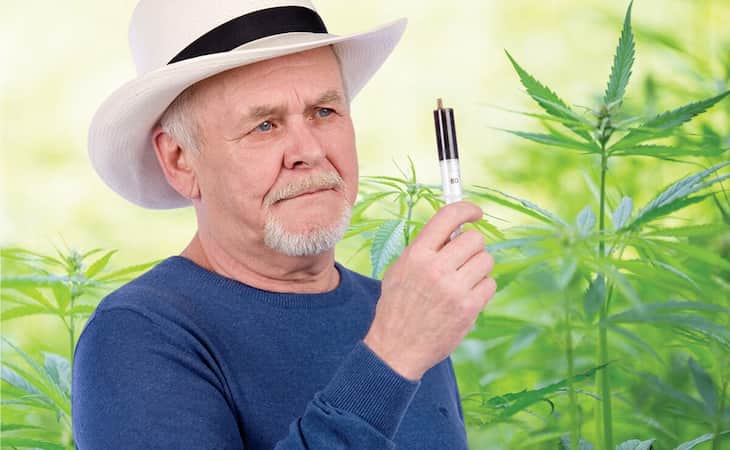 A renowned cannabis activist and medical marijuana innovator Rick Simpson is appealing for assistance as he recovers from a stroke.

Rick Simpson recovering from a stroke

Rick Simpson is popularly known for his innovation of the eponymous cannabis oil that has gained traction as an effective treatment against cancer. According to his wife, Rick suffered a stroke some years back that has kept him out of the limelight in recent times.

For the past few years, cannabis activist Rick has been absent from the public arena, and most of the communication with the world and our much-valued connections amongst the cannabis media community has been put on hold. Rick and I have now, due to a change in our circumstances, decided to inform the public that in May 2018, Rick suffered a stroke and has since then been in the process of recovery.

Earlier in November 2020, the Simpson family organized a fundraiser through GoFundMe to help them pay for Rick’s medical expenses. The campaign had a goal of $160,000, but so far, it had only raised slightly more than $5000 towards the end of November.

The wife added that it had been difficult for Rick and the entire family in more ways than one, forcing them to organize a fundraising campaign. The campaign was meant to cover part of Rick’s medical expenses incurred during the last two and a half years and the ones still on the horizon.

The Rick Simpson Oil, popularly known as RSO, has become a recognized form of medical cannabis. According to advocates, it could treat cancer, although WebMD says there is “no solid evidence for such claims.”

However, WebMD adds that “some early research suggests that some chemicals in marijuana have a future potential as a cancer treatment.” So far, RSO is not a branded product, according to WebMD.

In 2016, cannabis activist Rick Simpson and his wife Danijela Simpson established “Simpson RamaDur LLC,” a publishing company that “was started with the goal to provide the public with all the relevant information about the healing power of cannabis.”

“I have been spreading awareness about the healing powers of cannabis since 2001 when I first treated myself. I am not trying to seek credit for finding the cure for any disease. My only aim is to show people how they can heal themselves,” Rick Simpson wrote on the company’s website.