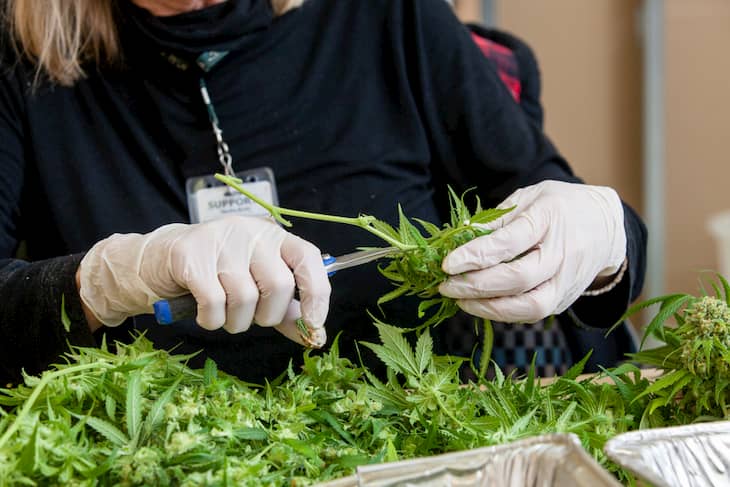 On Tuesday, Maryland’s largest medical cannabis company Curio Wellness announced it is set to launch a $30 million diversity fund that will benefit up to 50 businesses run by women, minorities, and disabled veteran entrepreneurs.

In the US, white men run most cannabis businesses, but Curio aims to tap on diversity by supporting the minority groups that are venturing into the marijuana business. According to Curio WMBE Fund managing director Jerel Registre, they’re tapping on “diversity as a keystone issue for the cannabis industry.”

Minorities own a tiny percentage of marijuana businesses

According to a 2019 survey by Marijuana Business Daily, only 1.2% of Massachusetts’ recreational marijuana businesses belong to minorities. That was quite a smaller percentage than the 11.5% minority ownership of traditional companies in the same state. The survey also showed that women owned 4.7% of recreational marijuana businesses in Massachusetts.

The Curio fund aims to give interested applicants capital in loans and equity financing to establish a franchise in Maryland. With $30 million to invest, the Curio WMBE Fund aims to support up to 50 women, minority, and disabled veterans who are venturing into the cannabis market.

Through the Fund, beneficiaries will be able to launch and run a Curio Wellness franchise with “a path to 100% ownership in three years.” The prime objective of the Fund is to create a more diverse ownership using a proven business model. Participants of the program will gain access to capital and operational resources.

“In looking at the systematic barriers that women, minorities, and disabled veterans face in accessing capital, we decided to develop a solution that directly addresses this massive economic disparity. The Fund provides qualifying entrepreneurs with the investment capital they need to become a Curio Wellness center franchisee while ensuring their success through our best in class business operations,” said Michael Bronfein, CEO of Curio Wellness.

According to Registre, the business model works similarly to McDonald’s, where the national corporation offers operators a verified standard operating procedure and ongoing support. He explained that diversity is a key factor to Curio Wellness too.

The company has 200 employees, of whom 40% are female and more than half are minorities. At the leadership level, 38% of Curio’s management is female, while 44% identify themselves as members of a minority group. He said they recognize diversity as a core asset integral to the company’s success and future. Applications to the Fund will open in early 2021.