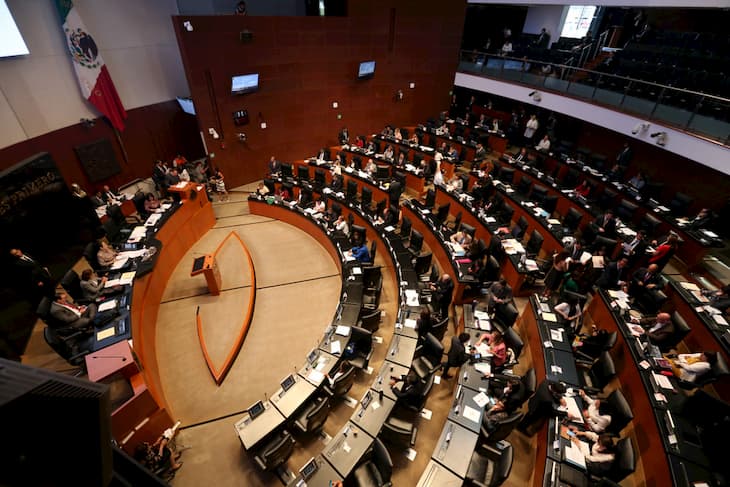 On Friday, Mexican lawmakers started mulling over a sweeping proposal to legalize adult-use and sale of marijuana in the country. If passed, this initiative could open the world’s largest cannabis market in a country ravaged by a violent war against drug gangs.

Pressure from the Supreme Court

Additionally, there are no existing regulations for medicinal marijuana. Lawmakers are now on an overdrive gear to beat the Dec. 15 deadline set by the Supreme Court to legalize recreational marijuana.

Mexican President Andres Manuel Lopez Obrador is equally in support of the court’s decision. The president aims at removing the drug as a source of income for brutal drug gangs.

“We want a legal framework that can bring some of these players in from the illegal market into a legal one. The purchase price needs to be low enough to undercut the illegal market for consumers… You also need to make sure there are enough entry points for [growers] to move over,” said Zara Snapp, co-founder of the RIA Institute, a Mexico City-based drug policy research, and advocacy group.

Bill before the Senate

On Friday, the Senate’s health, justice, and legislative studies discussed the marijuana bill that seeks to allow the licensed sale of cannabis. If passed, users will be allowed to carry up to 28 grams of marijuana and grow up to four cannabis plants in their homes.

Additionally, the bill seeks to create the Mexican Institute for Regulation and Cannabis Control within the Health Ministry. The bill also comes with restrictions, including banning children and teenagers from smoking weed or being involved in its cultivation or sale.

Additionally, the bill prohibits drivers from using the drug while driving. So far, the country has not yet hammered out possible legalization of hemp for industrial use in sectors like construction or food production, a legislative staffer recently said.

However, the proposal includes the sale, importation, and exportation of non-psychoactive cannabis products for industrial use. As the Senate begins to mull over the marijuana bill, major companies are preparing themselves for a time when Mexico opens up what would be the world’s biggest legal cannabis market.