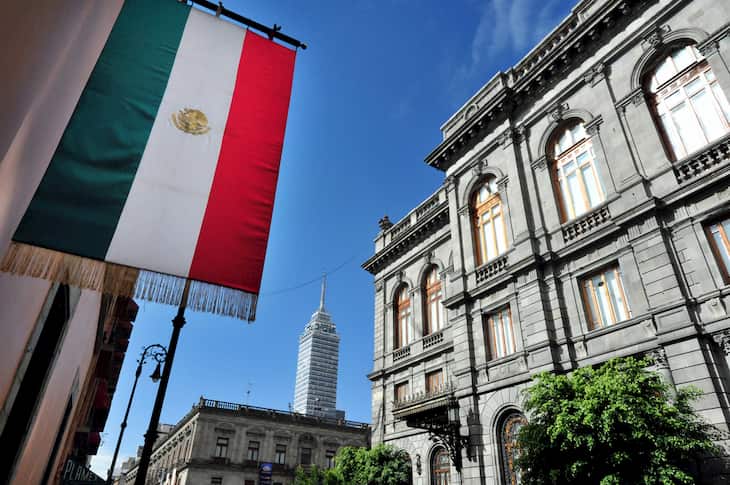 Mexico City legislators Wednesday night cleared the last hurdle to the recreational marijuana legalization process after the lower house of Congress approved the bill 316 to 129. This new development puts Mexico on the global map as the world’s legal marijuana market.

With Mexico as the world’s largest country by population to legalize marijuana, this move opens up a global cannabis economy with the largest consumer market for cannabis products. More than 125 million people are set to participate and benefit directly or indirectly from the industry.

As of Wednesday night, the measure would allow adults to smoke marijuana, and with a permit, grow a small number of cannabis plants at home. It would also allow producers to get licenses from small-scale farmers to commercial producers to sell and grow the crop.

In November 2020, the Mexican Senate voted 82-18 in favor of the bill seeking to legalize marijuana in the Latin American country. However, the bill was subjected to the legislators’ final approval in Congress’s lower house to hammer out some technical requirements before it could become law.

This reform marks a significant shift in a country where violence against drug cartels has left more than 250,000 people dead since former President Felipe Calderon declared an onslaught against criminal groups.

Today, we are in a historic moment. With this, the false belief that cannabis is part of Mexico’s public health problems is left behind, said Simey Olvera, a legislator with the ruling Morena Party.

His sentiments corroborated those of the Senate Majority Leader Ricardo Monreal, who spoke in favor of the bill last November.

Cultivation, processing, marketing and importation, and use for research purposes of cannabis are regulated. Medical and pharmaceutical use is regulated and established in the General Law of Health. With this law, people can access cannabis under clear criteria, through licenses related exclusively to Cultivation, transformation, commercialization, exportation, importation, and investigation said, Monreal.

Highlights of the new legislation

While President Lopez Obrador has not shown public support for the legalization effort, he has not opposed it either. Some of his senior cabinet members, like the Interior Minister Olga Sanchez, have openly declared support for recreational cannabis legalization and regulation.

The new legislation seeks to establish a regulated cannabis market where users eighteen years and older will possess up to 28 grams of marijuana. Eligible users will also grow up to six plants at home or eight plants for two consumers of legal age living under one residence.

Notably, the legalization of recreational cannabis in Mexico puts the country on the list of other Latin American countries that have become major forces in the global cannabis industry. It also addresses the cultural and illicit historical implications of the cartel and criminal activity surrounding the cannabis plant for ages.

Additionally, the world waits to see how things will span out for the U.S.A., which now stands sandwiched between two nations that have federally legalized marijuana. During a raging pandemic and global economic slump, perhaps the U.S. policymakers will get the push they need to take federal cannabis legalization to the next level.