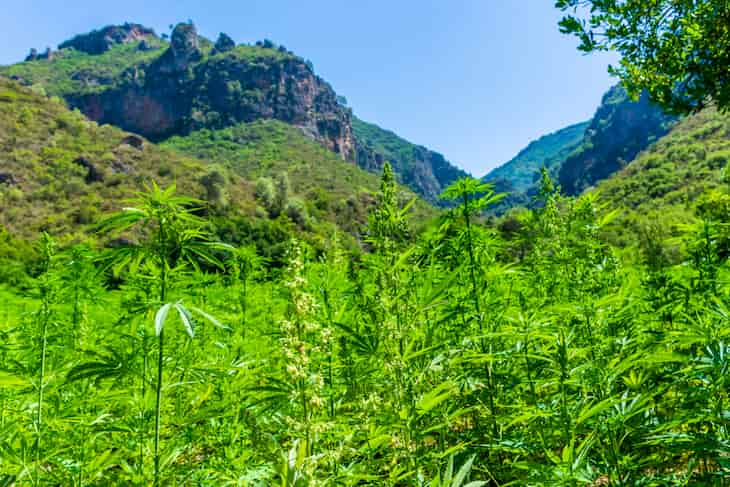 Morocco aims to legalize cannabis and allow farming, exportation, and domestic sale for medical and industrial use. According to a government statement on Thursday, February 25, the move aims to help impoverished farmers in Rif Mountains, considering a growing legal global market for the substance.

Cabinet to approve the bill next week

Previous Marocco attempts to legalize cannabis farming have failed, but the co-ruling PJD party, the largest in parliament, softened its hard stance on the drug after the United Nations drug agency expunged cannabis from its list of most tightly controlled narcotic drugs.

The Morocco cabinet is expected to approve the bill next week. The bill seeks to improve farmers’ incomes and protect them from drug traffickers. Presently, traffickers control the cannabis trade and reap all the benefits of the booming legal international market for the drug.

In Morocco, cannabis is mostly grown in the northern Rif Mountains. The region has seen protests over the economic disparity. The draft law aims to initiate a national agency to monitor the production, transportation, and sales of cannabis within the country. However, the law still prohibits the recreational use of cannabis in Morocco.

While cannabis production remains illegal in Morocco, the U.N. drug agency asserts that the drug has been tolerated for a long time, and the country is among the top global producers. According to the country’s Interior Ministry, Morocco reduced the land size for growing cannabis from 134,000 hectares to 47,000 hectares six years ago.

The increased pace of legalization

This development in Morocco comes amid the increased pace of cannabis legalization, especially in the U.S. At the beginning of this week, New Jersey Governor signed into law a bill that legalizes cannabis for adult-use for 21 years and older citizens.

Only two days ago, North Dakota lawmakers approved recreational marijuana. On Tuesday morning, the representatives approved a bill that seeks to allow citizens aged 21 years and older to grow and possess marijuana for recreational use.

There’s a lot of things I disagree with, but if it’s good policy and I think it’s going to be for the betterment of the State of North Dakota, I vote for it. And so I ask for a green vote, said Rep. Jason Dockter, from Bismark. The bill eventually passed 56 to 38.

The House equally approved another bill, which seeks to make marijuana taxable. The bills will be subjected to the Senate’s approval and a signature of the governor to become laws.