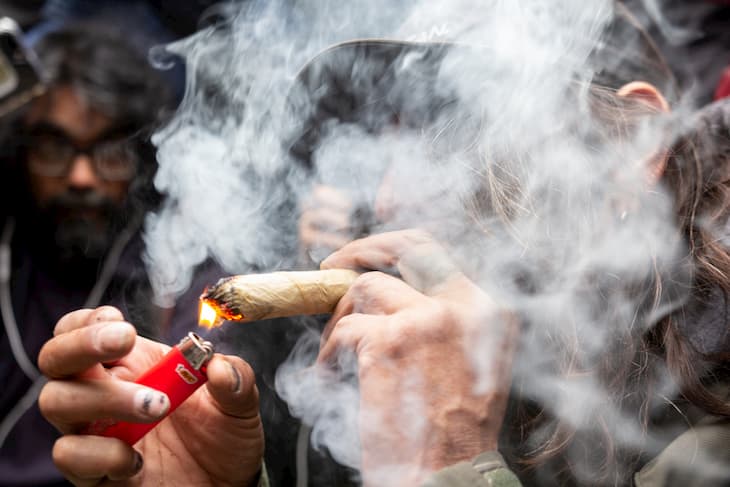 On Tuesday, voters in New Jersey overwhelmingly supported the possession, sale, and use of marijuana by adults aged 21 years and older. More than two-thirds of the voters supported the landmark measure, according to provisional results. However, the drug will remain illegal in the state until lawmakers can pass a bill to decriminalize it.

Waiting on the Legislature

Cannabis enthusiasts in NJ can now breathe easy as they wait on the Legislature and Cannabis Regulatory Commission to act. The two bodies are expected to either pass enabling legislation or a decriminalization bill. Enabling legislation would formally stop law enforcement officials from arresting people for marijuana possession.

Alternatively, the office of the state attorney general could issue a directive to order police to stop arresting people under marijuana laws. According to New Jersey Attorney General Gurbir Grewal, there would be no formal change to the enforcement of marijuana laws in NJ until the Legislature and Cannabis Regulatory Commission pass legislation decriminalizing the substance.

What to expect after the ballot

By supporting the legalization measure on the ballot, New Jersey voters made a landmark decision. So when can they smoke weed without fear of arrest? This depends on what the Legislature and Cannabis Regulatory Commission do next and how fast they do it.

The state’s Attorney General Gurbir Grewal on Wednesday advised prosecutors and law enforcement officers to exercise “broad discretion” while handling marijuana crimes. However, he emphasized that the law would remain in force until January 1.

“It is important that the residents accurately understand the current situation, so they do not inadvertently engage in criminal conduct relating to marijuana – conduct that may be legal in the future, once the Legislature acts, but is not presently legal based on yesterday’s vote,” the AG said in a statement.

According to Senator Nick Scutari (D-Union), who sponsors legal weed in the Legislature, he’s already working on enabling legislation followed by enacting those laws by the end of November. The Democrat senator also hinted at passing a decriminalization bill, which will stop arrests, before that.

It’s being worked on right now to move as quickly as possible. The whole overarching theory of this is that it’s social and criminal justice reform at its heart. That’s still the cornerstone of where we’re going with this legislation, said Scutari.

Yes, New Jersey passed the adult-use legalization measure at the ballot, but that doesn’t mean the state will be a weed-free-for-all. Just like other states that previously legalized recreational marijuana, NJ will enforce a “legal limit” to check the amount one can have on them at any given time. Other states that supported similar ballot measures on Wednesday include Arizona, Montana, and South Dakota.