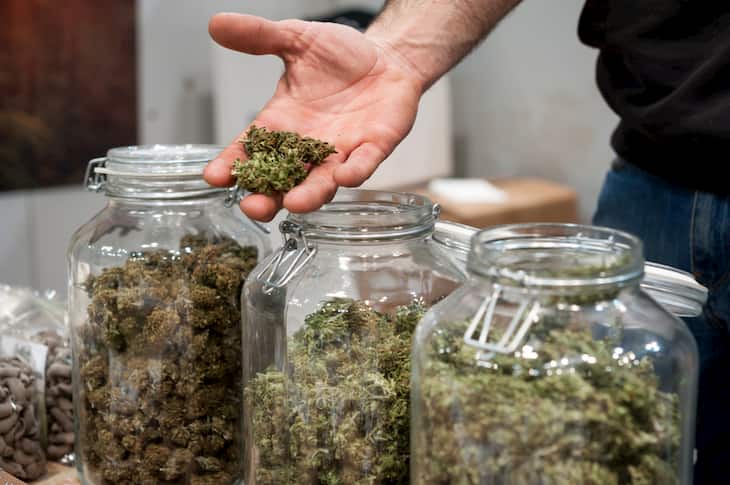 Recreational marijuana sales in Illinois reached $109 million in March, setting a new record with a 35 percent increase from the previous month.

The upward trend for recreational cannabis since legalization

Since Illinois legalized recreational marijuana in January 2020, it has witnessed nearly constant growth in sales. The March sales spike could be partly due to better weather seen across the state.

“March was set up to be a growth spurt with a longer month…new retail stores opening across the state, and stimulus checks hitting peoples’ bank accounts. The warmer weather also contributed to a very successful month of sales,” said Jason Erkes, a representative for the Chicago-based cannabis company Cresco Labs.

In January, Illinois earned $89 million in recreational cannabis sales until March was the highest record. According to Brandon Nemec, who is Government and Regulatory Affairs counsel for PharmaCann Cannabis Company in Oak Park, March 31 was the deadline for medical marijuana companies to get certified to open new secondary retail sites.

According to state records, 26 new dispensaries have been approved, including those that have not opened their doors. Relaxed COVID-19 restrictions and online ordering growth also contributed significantly to the increase as winter ended.

Dan Linn is the general manager of Maribis cannabis dispensaries. On this development, he said:

“February really hit us over the head with a true Chicago winter. Now that the snow and ice have melted and the sun is warming things up, people want to go outside, and cannabis is part of that.”

Additionally, out-of-state customers remained a growing part of Illinois marijuana sales. Outside sales have grown from $23 million to $33 million in March and covering nearly one-third of all sales. With 75 new retail store licenses set to be issued this year, recreational cannabis sales in Illinois are expected to rise to almost $1.3 billion.