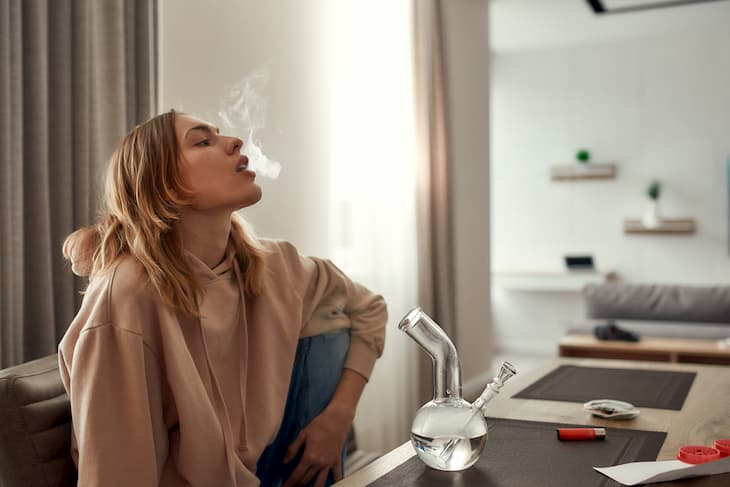 The New York Police Department has released a memo informing officers not to stop residents who are smoking cannabis in public. The message, which was shared with The Hill on Friday, outlined how the officers will approach cannabis-related cases after New York Governor Andrew Cuomo (D) signed recreational marijuana into law last Wednesday.

According to the new law, adults aged 21 years and older can use marijuana for recreational purposes. The law allows eligible citizens to possess up to 3 ounces of dry cannabis and 24 grams of marijuana concentrate outside their homes.

According to the memo, citizens can now enjoy cannabis puffs in sidewalks, front shops, and other public places. The memo states smoking marijuana in such areas “is not a basis for approach, stop, summons, arrest or, search.”

Besides, the policy stipulates that police officers should not rely on the smell of marijuana alone, whether or not it is burnt, as it “no longer establishes a probable cause of a crime to search a vehicle.”

The memo clarifies that smoking or vaping marijuana inside a car and driving under the substance’s influence is still against the law. For that reason, officers can search a vehicle if the driver appears to be under the influence. Besides, there must be probable cause to believe that the vehicle contains evidence of cannabis.

However, officers cannot search the trunk of the car unless there is a separate probable cause to believe the trunk has some evidence of a crime or an officer requests voluntary consent. The policy also stipulates that officers cannot stop detain a parolee if they are found using lawful amounts of marijuana unless the parole’s terms prohibit weed.

New York now becomes the 15th state in the USA to legalize recreational marijuana, after neighboring New Jersey did the same in February.