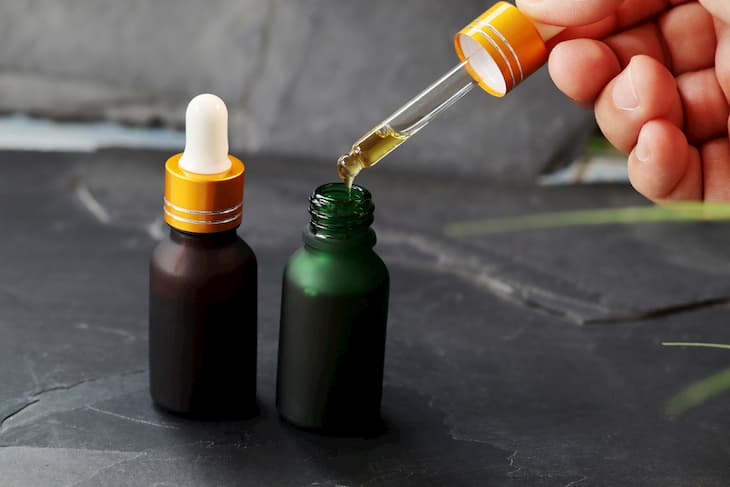 There was a time when recreational cannabis was virtually the only option, but with more countries approving the use of cannabis and research into its medicinal qualities, we now have a wide range of options to choose from. Many of these improved options are remarkably similar and difficult to discern, but the subtle differences often make the most significant impact on our health. We will compare and contrast two of these similar entities, RSO and Hemp Oil, so you can make an informed decision as to which one is the right choice for you.

What is RSO (Rick Simpson Oil)?

Various derivatives of cannabis exist as more research and development come to light, and one of the most effective extracts from cannabis is RSO or Rick Simpson Oil. Essentially, this oil was invented by Rick Simpson to cure cancer, and since its inception, it is said to have healed over 5,000 people. RSO is a highly concentrated extract from cannabis that expounds upon THC for a more potent response to various ailments. The main difference between hemp oil and RSO is essentially the level of cannabinoids within the substance. RSO maintains far more of these medicinal qualities.

Throughout the UK and most parts of the world, hemp oil has been legalized. Medicinal use of hemp oil has grown substantially over the past decade, and its use is no longer regarded as taboo in most countries. However, RSO has not been given the green light everywhere like Hemp oil. RSO is much more potent and psychosomatic, so countries are less keen on inviting RSO into the legalized family of cannabis-related products. The high level of THC has kept RSO from becoming legalized as the general legal limit for THC remains at 1mg per product. In the USA, only those states with legalized recreational cannabis can fully enjoy legal RSO.

RSO has been wildly popularized for its ability to shrink cancer tumors and even eliminate cancer cells. It has rocked the pharmaceutical world and sent many cancer patients to invest in its use in either a replacement for radiation and chemotherapy treatments or in conjunction with these standard cancer treatment options.

RSO has been used as a treatment for curing cancer, but hemp oil is different. It does not have the same potent nature that offers a substantial cure but rather promotes pain reduction. Hemp oil is primarily used as an anti-inflammatory and pain reliever in patients. It has effectively reduced forms of pain on a neurological level and does not maintain the same negative side effects as pharmaceutical pain remedies do.

So, Which is Best?

The notion of one Cannabis product being better than another is significantly based on what it is used to treat. In the case of Hemp Oil vs. RSO, one is used for tumor reduction and eliminating degenerative cells, while hemp oil is primarily used to treat chronic pain and inflammation. It is up to the user to carefully consider their symptoms and choose the best option for their individual needs.