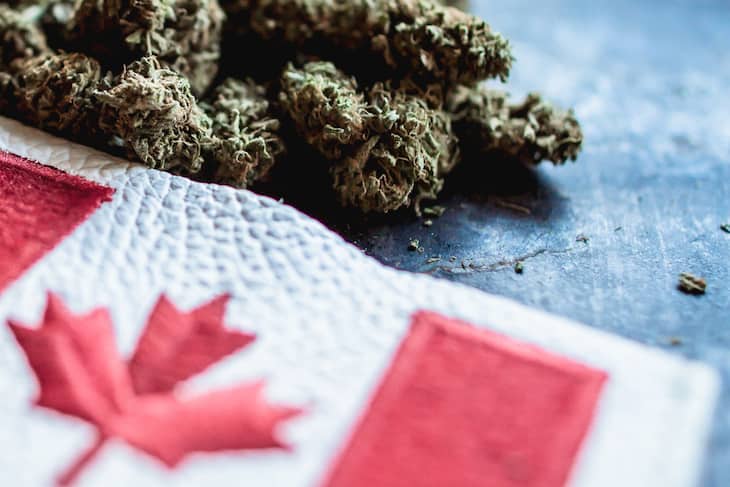 While there has been stiff competition with the black market since legalization in October 2018, the legal industry has witnessed considerable gains, especially in the recent past.

The coronavirus pandemic – a boon for weed market

According to David Soberman, a retail marketing expert and a marketing professor at the University of Toronto, the COVID-19 pandemic created a desirable state for the cannabis industry to thrive.

“It’s been a boon for the legal industry,” says Soberman.

In July 2020, Canada’s legal marijuana industry earned more than $231 million in cannabis sales. This represented a 15% increase from what they sold in June. It was the biggest monthly sales hike since the country legalized marijuana.

“Because people are spending more time at home, they’re perhaps more comfortable with consuming cannabis. As people work from home, they probably have more time to actually consume cannabis,” said Terry Kulaga, the founder of Weed Me, a licensed production company based in Pickering, Ontario.

However, households now spend more on the legal cannabis market compared to the black market. According to data from Statistics Canada, Canadians spent 74% more money on legal cannabis between April and June this year than what they did during the same period in 2019.

This happened just after the World Health Organization (WHO) declared a COVID-19 pandemic in March.

“There has been a downturn in the black market because people are much more reluctant to go out and meet their regular cannabis dealer in the way that they were prior to the pandemic,” said Prof. Soberman.

In addition to spending more on legal cannabis, Canadians are also changing where they buy their marijuana. Since the country legalized adult-use cannabis, more licensed retail stores have been established.

In Ontario, the country’s biggest market by population, it had no brick-and-mortar store on the legalization day. However, the province currently boasts more than 180 legal cannabis stores and counting.

According to the Alcohol and Gaming Commission of Ontario, the province recently allowed the opening of up to 40 cannabis stores per month. This is twice what it did before.

“More and more people are having a shop open up locally where they can access a safe and reliable product. Moreover, I’ll mention that inside of the stores themselves, the people selling the product are becoming more knowledgeable about the product and the suppliers,” said Kulaga, whose business supplies cannabis to provinces across Canada.

Notably, the legal cannabis market can now launch lower prices. Upon legalization of recreational cannabis, the average price per gram for legal weed was $10.25. In the dark market, it was four dollars less.

According to recent prices released by the Ontario Cannabis Store, the average price per gram for a legal dried flower on its site stood at $7.05 inclusive of taxes, which is nearly a dollar cheaper than the cost of cannabis in the illegal quarters ($7.98).

As more legal growers join the market, it will lead to a better product and more of it. This will create “some economies of scale.” Eventually, the legal market will overtake the black market, according to Prof. Soberman. Loyal customers are likely to stick with the legal market even after the pandemic.