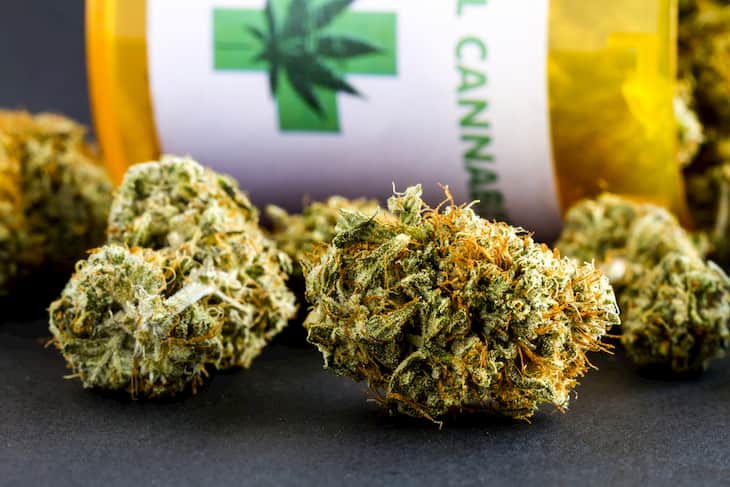 Four red states in the US could pass historic legislation to legalize medical marijuana in 2021. The states of Alabama, South Carolina, Kentucky, and Kansas could generate business opportunities worth millions of dollars across their supply chains if this becomes a possibility.

After voters in Mississippi approved a medical marijuana initiative during November 3, 2020, poll, other Southeastern states are also pushing their initiatives. Republican-leaning states like South Dakota and Montana also managed to get user support for medical marijuana during the November ballots.

Commercial MMJ programs are now legal in 38 states and Washington DC. With such a large number of states supporting medical cannabis use and even the most conservative states planning to legalize, the pressure is mounting on a federal level to consider more accommodating laws and policy reforms. The US House of Representatives passed the SAFE Banking Act in 2019, which was seen as a big win for the cannabis industry.

State budgets suffering because of the coronavirus

The pandemic and repeated shutdowns have left many states reeling under pressure. Their coffers are emptying while revenues have decreased. Legalizing the medical use of marijuana could open new revenue streams for the state. It could help them boost local economies, create new jobs and also work on economic development programs. States like New Mexico and New York are even considering the legalization of recreational marijuana to bridge budget gaps.

The Alabama bill allows doctors to recommend MMJ for 16 conditions, including PTSD and chronic pain. Kansas is expected to create a bill similar to New Mexico, which includes MMJ recommendations for 25 conditions. Kentucky can issue 15 cultivation licenses and 25 dispensary licenses in the state, alongside a couple of other licensing types to create a solid MMJ market. South Carolina House intends on permitting only smokable marijuana, but the Senate could also allow topical products, edibles, and processed oils.

Director of state policies for Marijuana Policy Project, Karen O’Keefe said that she is bullish on at least three states – South Carolina, Kentucky, and Alabama. Kansas has been relatively stiff in its treatment of MMJ legalization, as two bills failed last year in the committee. O’Keefe hopes that a sudden turn is possible for Kansas, similar to West Virginia’s surprise passage of medical cannabis law in 2017. The pandemic could force the state to think about the bills again.

The pandemic was also responsible for slowing the momentum of medical cannabis bills in Kentucky and Alabama last year. The bills passed one chamber in both the states but couldn’t be prioritized because of the shutdowns.